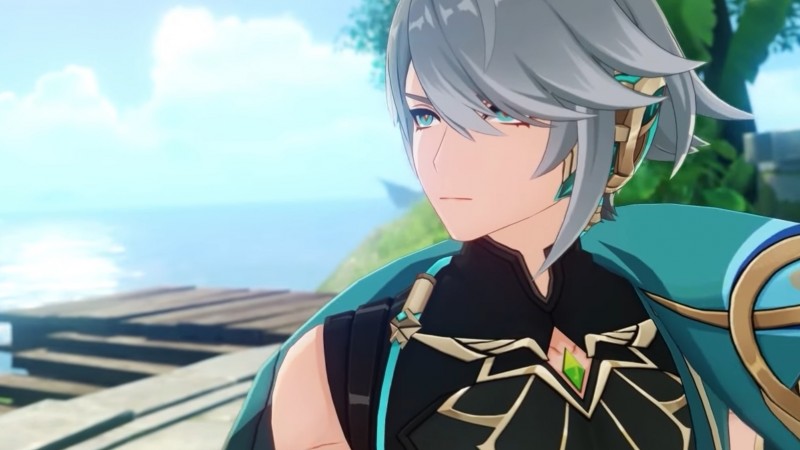 “A new chapter is about to begin amidst a tangled web of factions.” This line accompanies the latest teaser trailer for Genshin Impact, the incredible free-to-play RPG from miHoYo. The trailer dives into the game’s fourth region, Sumeru, which is home to people who can’t dream and worship the God of Wisdom.

Suermu looks lush in foliage, with mushroom creatures scurrying about the trunks of sizable trees. It also contains a desert area and looks to be just as sizable as the game’s other areas.

The trailer also introduces a host of companion characters that players will meet as quests are completed. The first new character is Tighnari, a forest watcher who we see holding a magical firefly. In Port Ormos, players will run into Alhaitham from the Haravatat in the Akademiya. Further into the game, players meet Dehya of the Desertfolk, who is also a mercenary for the Emerites. There are also Nilou, a character who is pursuing art and dance, Nahida, a mysterious being, and Cyno, the General Mahamatra.

All of this content is a part of Genshin Impact’s 03 update, which doesn’t have a release date yet, but appears to be close, given how much miHoYo has revealed. Genshin Impact is currently available on PlayStation consoles and PC, and works just as well on Android, and iOS.

Are you still invested in Genshin Impact? If so, what do you hope to see from the new update?