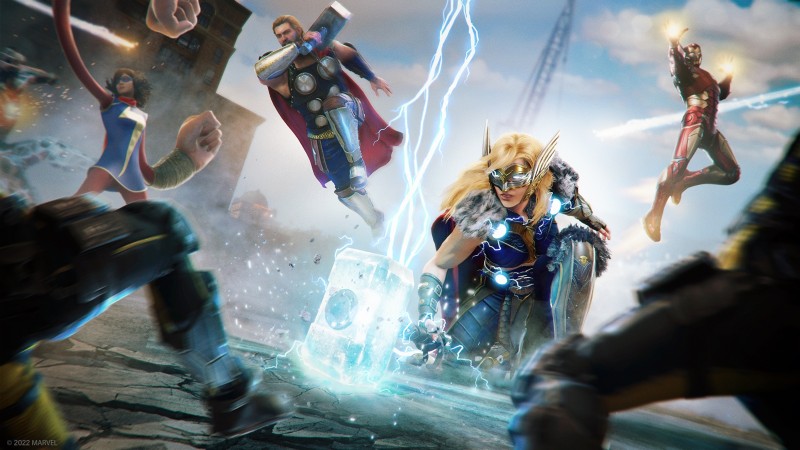 Jane arrives as a free character in all versions of Marvel’s Avengers. The narrative explains that Jane was torn from an alternate reality in which she is the one and only Thor. Odinson renounced Mjolnir following A-Day, and though Jane developed cancer, her transformation into the Goddess of Thunder halted the disease as she battled to protect Inhumans from persecution. One day, a Tachyon Strom caused by AIM opened a portal that dropped Jane into the game’s universe. She joins up with the Avengers to uncover the cause of the rifts and figure out how to return home.

The Mighty Thor wields Mjolnir with more precision than Odinson and sports new abilities that highlight her increased finesse. You can watch the War Table video below for a complete breakdown of her skills or watch the video below for a non-commentary gameplay demonstration.

Jane’s addition brings the game’s total roster of heroes to 10 on most platforms and 11 on PlayStation, thanks to Spider-Man’s exclusivity. You can catch up on the roster by checking out our list of every playable hero in Marvel’s Avengers.