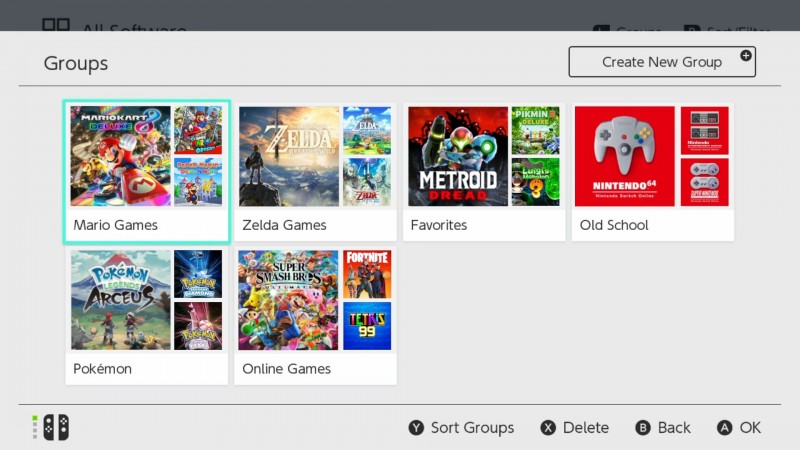 The latest update for Nintendo Switch lets players organize their games into groups; this applies to all Switch models. If you also own an Xbox, the functionality of this new feature is quite similar to the groups setting on Microsoft’s console.

The latest #NintendoSwitch update is now available, including a new feature to create groups for software on the console.

For more information, including images, head here. But I’ll also be listing the ground rules of creating software groups on Switch below. You’ll probably be happy to hear that the update has accounted for large numbers of potential groups:

And here’s a comprehensive step-by-step summary of how you can go about making any group of your choice:

And there you have it. Now you’ll be able to organize your games by franchise, genre, and more. Hopefully future Switch updates will bring even more customization options. I, for one, am hoping to eventually select dynamic themes for my dashboard. Only time will tell what else Nintendo has in store for its playerbase.