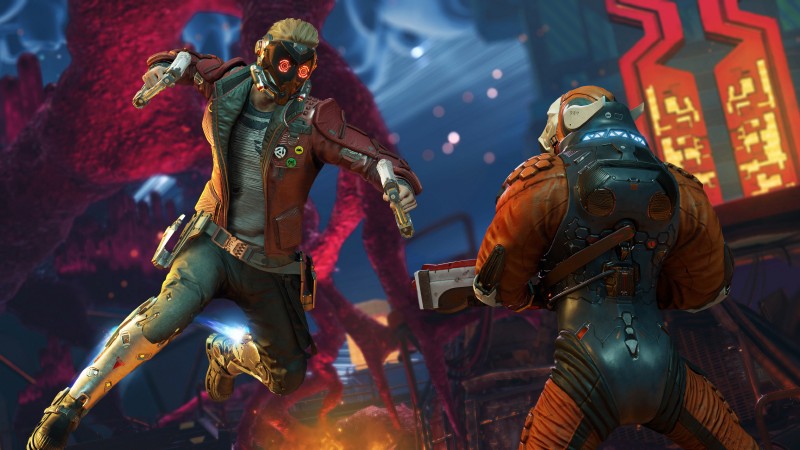 Square Enix has released some new financial results for its first three quarters of Fiscal Year 2022-23, something companies like EA and Activision Blizzard did earlier this month, and in it, the company reveals that Marvel’s Guardians of the Galaxy did not meet sales expectations.

This news comes alongside Square Enix revealing in its quarterly results that its net sales were lower this year than the same period in the previous fiscal year, which saw the release of titles like Final Fantasy VII Remake and Marvel’s Avengers on new-gen consoles. Speaking specifically to the release of Eidos-Montreal’s Marvel’s Guardians of the Galaxy, Square Enix acknowledges that it reviewed quite well – Game Informer gave it a 8.5 out of 10. However, it underperformed financially.

“The HD Games sub-segment launched ‘Marvel’s Guardians of the Galaxy’ in Q3,” the results read. “Despite strong reviews, the game’s sales on launch undershot our initial expectations.”

Square Enix says that it has been using sales initiatives that it kicked off in November of 2021 to increase sales and the company intends to “work to continue to expand sales to make up for the title’s slow start.”

Do you want a sequel to Marvel’s Guardians of the Galaxy? Let us know in the comments below!