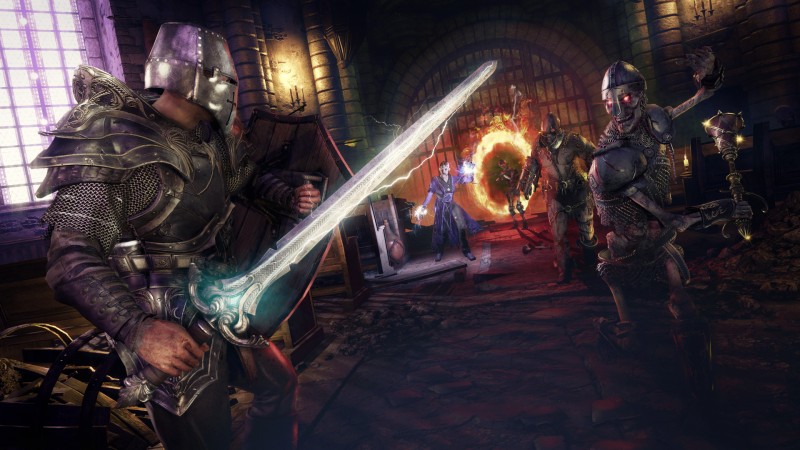 Dying Light 2 Stay Human has been in the works for a long time. Choice-based gameplay footage dropped last month, satiating the fandoms’ years-long hunger for zombie-slaying parkour. For players that are still diving into the first game, there’s more content incoming. The Dying Light: Hellraid DLC is getting a new Story Mode as well as a bevy of additional features.

In Dying Light: Hellraid, the world takes a dark fantasy spin where medieval blades are your go-to weapons. The new Story Mode, called The Prisoner, is a free update that can be experienced solo or cooperatively. Players will trek into the demon-infested Ba’al’s Temple to track down a powerful mage named Lucius and free him from the clutches of the evils lurking in the shadows. New locations can be explored and a new skeleton enemy type,  equipped with hulking shields, stands in the way of your journey to freedom. The gameplay trailer is reminiscent of Elder Scrolls, which might be an exciting new experience for any Western RPG fans that have been raring to play something new.

Two new weapons will make an appearance in your inventory: the Corrupted Justice bow and the two-handed hammer, Bonecrucher. Dying Light: Hellraid’s Raid Mode will be making a return as well, but will only be available once the narrative prologue is complete. Additionally, some technical and quality-of-life updates will be implemented to make the experience more streamlined and visually enticing. These features include better in-game animations, minimap functionality, inventory management, and more which can be read about on the patch note Steam page.

The latest Dying Light: Hellraid content is available today on PlayStation 4, Xbox One, and PC. You can also get access to the franchise’s entire DLC package through the Dying Light: Platinum Edition.

Are you looking to hop back into Hellraid and does this make you even more excited for what Techland is planning for the Dying Light sequel?