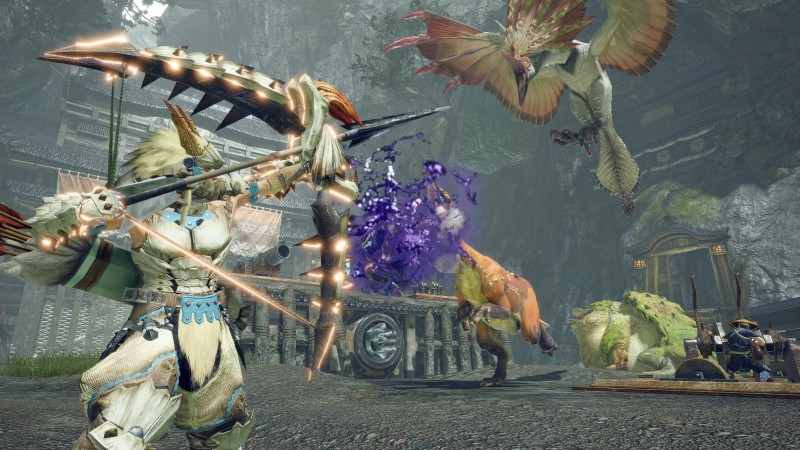 The latest entry in the uber-popular series comes to PlayStation 5, Xbox Series X/S, PlayStation 4, and Xbox One on January 20. It will also be available on Xbox Game Pass for console, PC, and cloud at launch. The current-gen versions specifically boast 4K resolution, 60 FPS gameplay, and 3D audio, among other customizable options. However, a disclaimer on a new trailer states that 3D Audio will come to the Xbox One version in a Spring update. The PS5 port also supports DualSense haptic feedback for ranged and shielded weapons. The game is priced at $39.99 across all platforms.

Monster Hunter Rise first launched in March 2021 for Switch before migrating to PC in January of this year. Sunbreak made its way to both platforms this past June. In addition to this news, Capcom reveals that Rise has sold over 11 million units since its launch.

To learn more, check out our reviews for Monster Hunter Rise here and the Sunbreak expansion here.