Check Out The Combat Styles And Weaponry Of Like A Dragon: Ishin In New Trailer 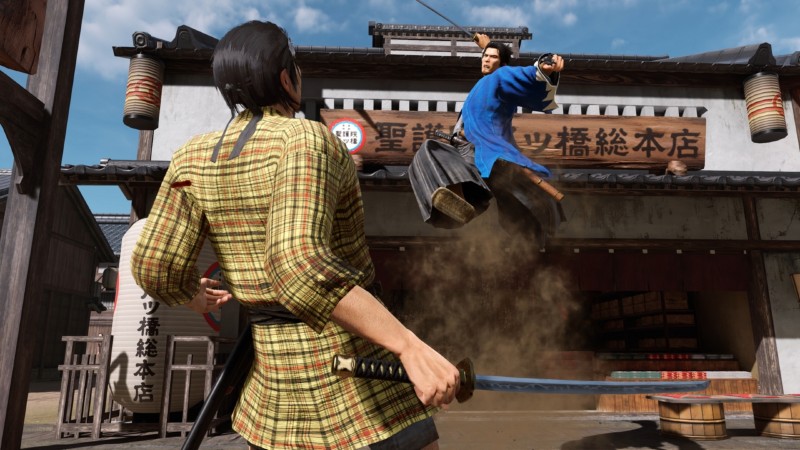 Ryu Ga Gotoku Studios has released a new trailer for Like A Dragon: Ishin and it features a look at the various combat styles and weaponry we’ll be using in the game.

For the uninitiated, Ishin is a from-the-ground-up remake of a Yakuza spinoff released on PlayStation 4 and PlayStation 3 back in 2014. However, this spinoff never made its way to the West so when Ishin hits PlayStation 5, Xbox Series X/S, PlayStation 4, Xbox One, and PC in February, it will be the first time a lot of players will be able to play this game. To get prepared, RGG Studios has released a brand new trailer detailing some of the combat and associated mechanics present in the game.

Check out the Like A Dragon: Ishin combat trailer for yourself below:

“In 1860s Kyo, a solemn samurai’s fight for justice stands to change the course of Japan’s history forever,” a press release reads. “Draw your blade and join the revolution in this heated historical adventure.”

Players who preorder the Digital Deluxe Edition of Like A Dragon: Ishin will receive early access to the game starting February 17 (the standard release date is February 21) and the following in-game items:

For more about the game, watch the Like a Dragon: Ishin reveal trailer and then watch this five-minute trailer released back in September. Be sure to read our list of upcoming remakes, which includes Ishin, after that.

Are you excited to check out Like A Dragon: Ishin next year? Let us know in the comments below!

Source: Game Informer Check Out The Combat Styles And Weaponry Of Like A Dragon: Ishin In New Trailer