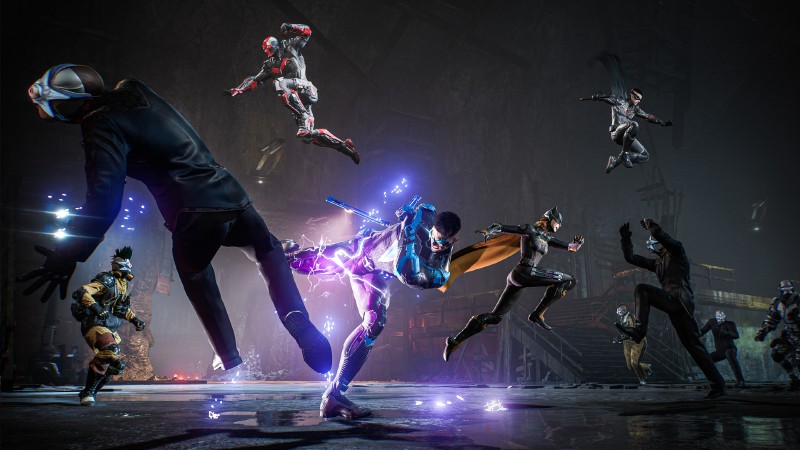 Before the release of Gotham Knights, Warner Bros. Games Montreal revealed that following the game’s launch, four-player co-op, a heavily requested feature by fans, would be added in the form of a new mode called Heroic Assault. That mode, as well as a new two-player mode called Showdown, are both live now in Gotham Knights thanks to a new update.

The base campaign of Gotham Knights allows for two-player co-op play, but getting all four of the knights together wasn’t possible. That’s still the case while playing through the game’s story, but the new online cooperative Heroic Assault mode, which tasks players with defeating enemies and completing challenges across 30 floors, supports four-player play.

You can get a look at what to expect in the new trailer below:

As you can see, Starro, who will look familiar to those that watched last year’s The Suicide Squad, is the main villain at play here in Heroic Assault. But this alien is not alone – Man-Bat is under their control, so players will need to take down this villain as well.

Today’s update also includes a new mode called Showdown, which will give up to two players the chance to face off against enemies from the base game in a new way.

Today’s update is free, giving all players access to both Heroic Assault and Showdown. However, in order to access Heroic Assault, you’ll need to reach Case File 05 in the base game. For Showdown, each villain will be available in this mode after you defeat them in the game’s campaign.

While the update is downloading, read our thoughts on the game in Game Informer’s Gotham Knights review and then check out this story about how DC Studios co-CEO James Gunn wants to connect the DC cinematic universe across movies, TV shows, and games.

Are you jumping back into Gotham Knights to check out Heroic Assault and Showdown? Let us know in the comments below!