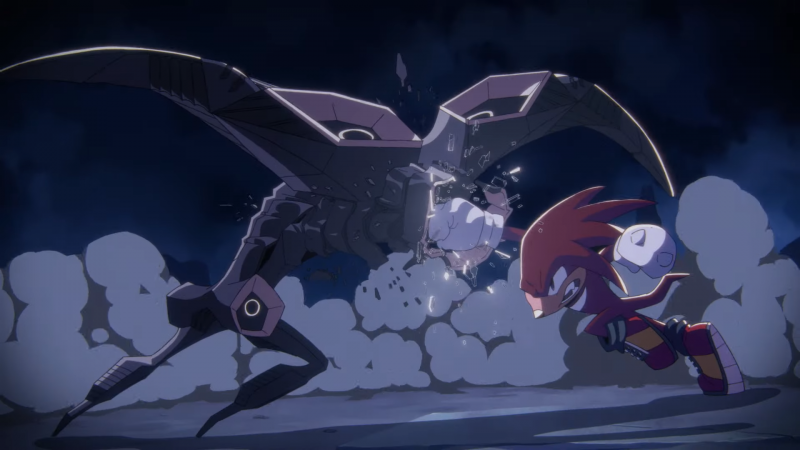 The official Sonic the Hedgehog YouTube channel has uploaded an animated short titled “Sonic Frontiers Prologue: Divergence.” Starring Knuckles, the short reveals how he wound up on the island players explore in Sonic Frontiers. You can watch the six-minute animation in its entirety below.

In the trailer, Knuckles provides a voice-over explanation of his background up until now, including the fact that he was tasked with guarding the Master Emerald, a relic that hasn’t appeared in the Sonic series for quite some time. The trailer ends with Knuckles absolutely demolishing some robots, and while we’ve received no indication that he will be playable in Sonic Frontiers, that sequence makes me hope he will be.

Knuckles has been a core Sonic character for most of the franchise’s existence, so it’s not surprising that he’s making an appearance in the blue blur’s latest adventure. While this animated prologue gives us insight into how he wound up on the island, it’s still not entirely clear why, especially when it comes to the appearance of Sage (a new character introduced in Sonic Frontiers) at the end of the trailer. We’ll have to wait for the full game to find out.

The past month has been full of Sonic news. We got a December 14 release date for Sonic Prime, Sonic Frontiers got a trailer confirming Super Sonic would be playable in the game, and we learned that the Sonic series has sold over 1.5 billion copies worldwide. For more Sonic news, check out our cover story from earlier this year, and stay tuned for more Sonic Frontiers coverage when the game releases on November 8.