Upcoming and Next Star Wars Movies and TV Shows: 2022 Release Dates and Beyond

Star Wars fans are rarely starved for good content these days. And they're always looking ahead to what's next, whether it's hotly anticipated Disney+ shows like The Mandalorian: Season 3 or Star Wars: Ahsoka. And while the franchise is in the middle of a big screen hiatus, there are more Star Wars movies on the horizon too.

From scoundrels to Jedi masters to bounty hunters, we've cooked up a list featuring all the upcoming Star Wars TV shows and movies. While some are locked and others are just industry reports that haven't been confirmed by Disney, one thing's for sure – there are passionate plans in the works to give us a lot more of Star Wars, whether it's a story centered on beloved characters or an entirely new cosmic adventure.

Click right through the scruffy-looking slideshow below to see what's coming, and a couple of "maybes" too…

If you'd like to find out what else is coming in the realm of Star Wars in 2022, including books, games and more, head here.

What Are the Next Star Wars Movies and TV Shows Coming Out? 2022 Release Dates

For those keeping track, here's the full lineup of upcoming Star Wars movies and TV shows:

Here are the Star Wars projects that are closest to becoming a reality (or at least appear to be) at the moment:

A new animated anthology series of shorts called Star Wars: Tales of the Jedi is in the works for a Fall 2022 release on Disney+. All six episodes will debut on Oct. 26, 2022. Fans of the classic Legends timeline will probably recognize that particular branding since Tales of the Jedi is a name with deep significance to the Star Wars mythos. The original Dark Horse Comics series was among the first Star Wars stories to flesh out the ancient history of the Jedi Order and their war with the Sith.

However, this animated series will focus on characters from the Prequel era, specifically Ahsoka and Count Dooku, and Qui-Gon Jinn will also appear.

The latest Star Wars animated series returns for a second season, as Clone Force 99 continues to find its purpose in the early days of the Empire. We're expecting Season 2 to reveal more about the true nature of Omega and her connection to Emperor Palpatine's twisted cloning experiments. And we know for sure a Wookiee Jedi will show up this season.

The first live-action Star Wars series will return for a third season, having taken a year off to make room for The Book of Boba Fett. Pedro Pascal's Din Djarin will return, as the lone gunfighter deals with the fallout of Season 2 and the responsibilities that come with wielding the Darksaber. Carl Weathers is also expected to return as Greef Karga. According to actor Giancarlo Esposito, production was slated to begin in Fall 2021. 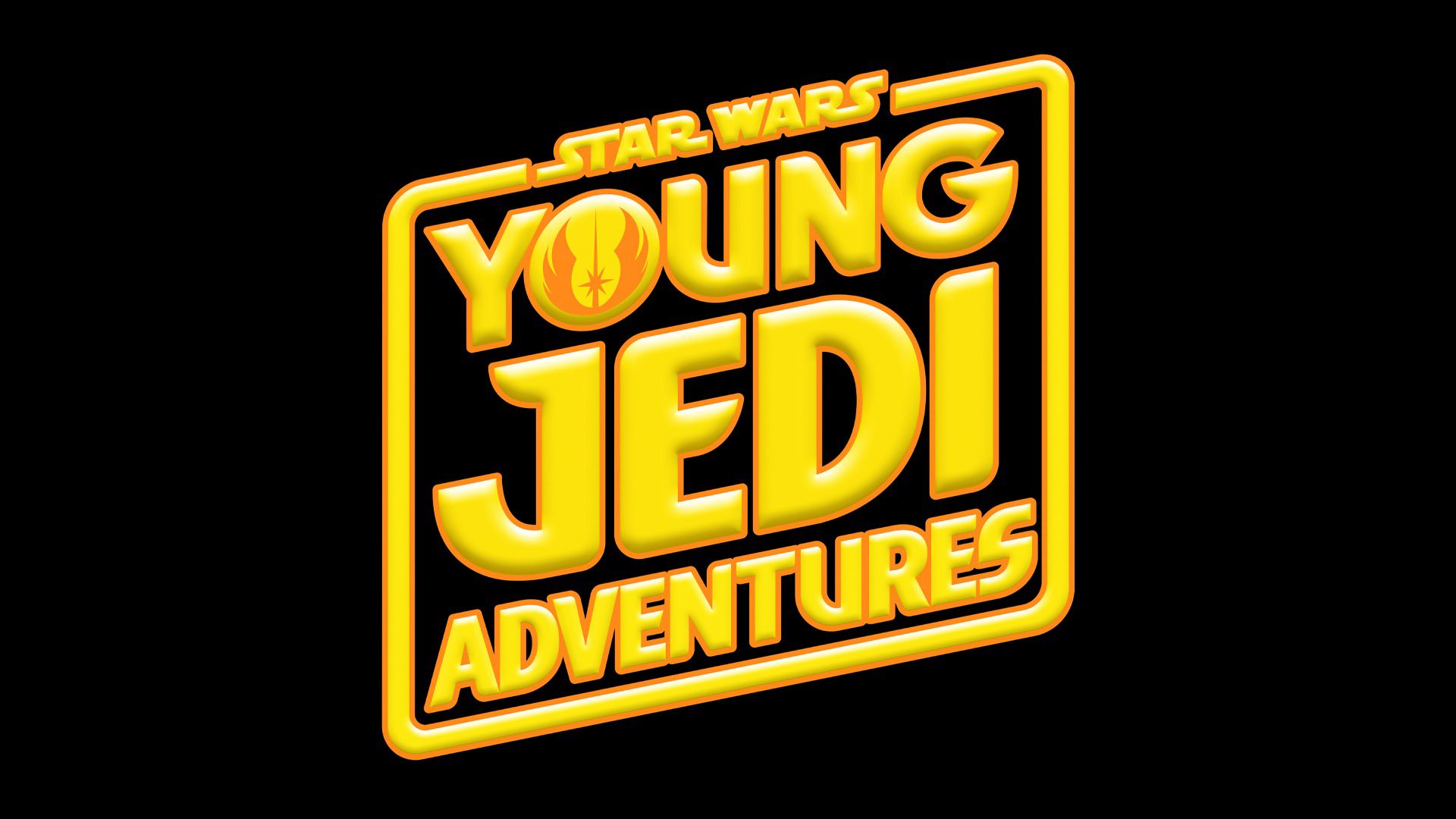 This animated series is geared toward the youngsters (yes, we know you Star Wars fans are all young at heart). Set during the High Republic era, Young Jedi Adventures will follow younglings as they learn the ways of the Force and, according to Lucasfilm, "become Jedi: Compassion, self-discipline, teamwork, patience, and friendship." That seems oddly worded, Lucasfilm. The series will run on Disney+ and Disney Junior, debuting in the spring of 2023. 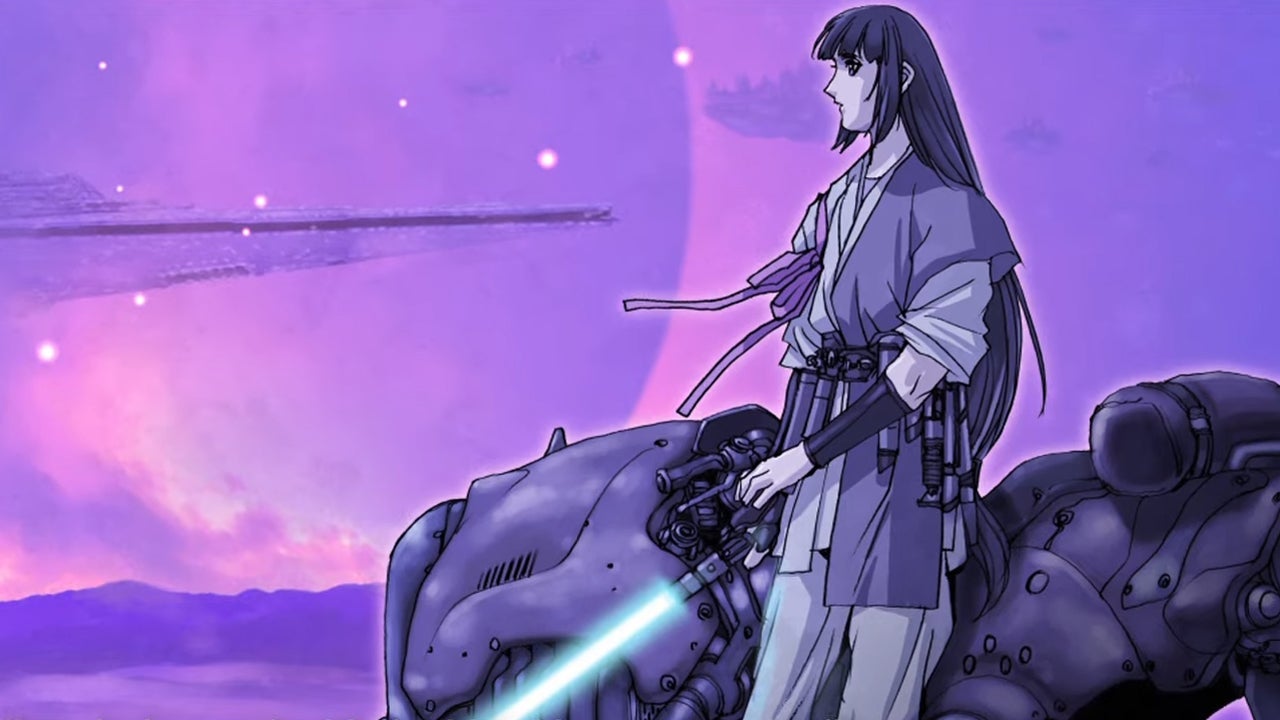 The animated series Star Wars: Visions will get a second "volume" in Spring 2023. The announcement of the continuation of the series came during Star Wars Celebration 2022. No word yet on plot or story details, but expect another anthology of standalone stories. Volume 1 was specifically anime-focused, but this second batch of episodes will be more global, featuring filmmakers from Japan, Chile, France, South Africa and many other countries.

This Mandalorian spinoff series will focus on Rosario Dawson's Ahsoka Tano. The series will be set in the same era as The Mandalorian itself, so rather than fill in the missing gaps in Ahsoka's story, it'll likely revolve around her hunt for Grand Admiral Thrawn, as teased on The Mandalorian.

Hayden Christensen will also appear as Anakin Skywalker following his appearance in Obi-Wan Kenobi, though whether he'll appear as a Force Ghost or via flashback scenes is unclear. The show's cast also includes Ray Stevenson as an unknown villain and Liu Bordizzo as Ahsoka's Mandalorian comrade Sabine Wren. Dave Filoni is writing the series, and production is slated to begin in April 2022. 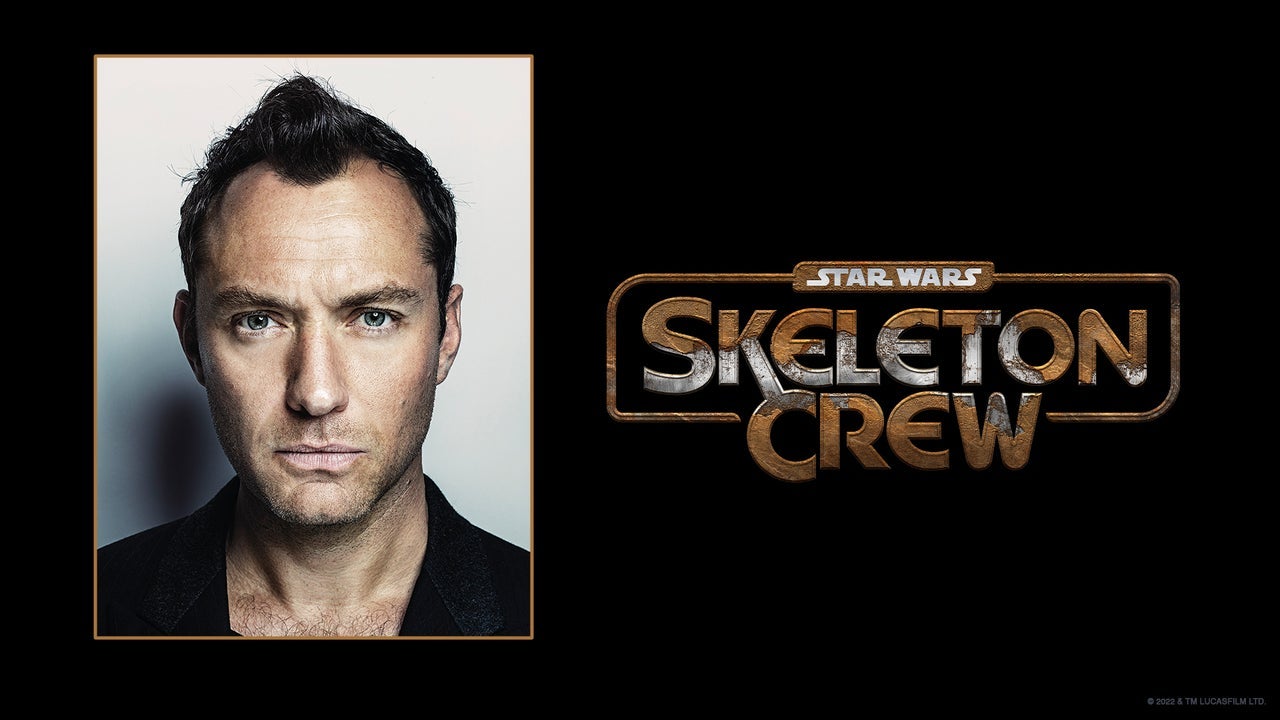 Previously operating under the working title of "Grammar Rodeo," Star Wars Skeleton Crew comes from Spider-Man: No Way Home director Jon Watts. "The show takes place during the post–Return of the Jedi reconstruction that follows the fall of the Empire, the same as The Mandalorian,” reports Vanity Fair. “A casting notice has called for four children, around 11 to 12 years old,” the outlet adds. “Inside Lucasfilm, the show is being described as a galactic version of classic Amblin coming-of-age adventure films of the ’80s.”

It was announced at Star Wars Celebration 2022 that Jude Law will star in the series.

Diego Luna's rebel spy Cassian Andor will return for a second season of his prequel story, though the release date has yet to be announced.

Russian Doll's Leslye Headland is overseeing a new live-action series on Disney+ set during the High Republic era, 200 years before the events of the prequels. Lucasfilm's Kathleen Kennedy teases the series will "will take us into a galaxy of shadowy secrets and emergent dark side powers in the final days of the High Republic era." 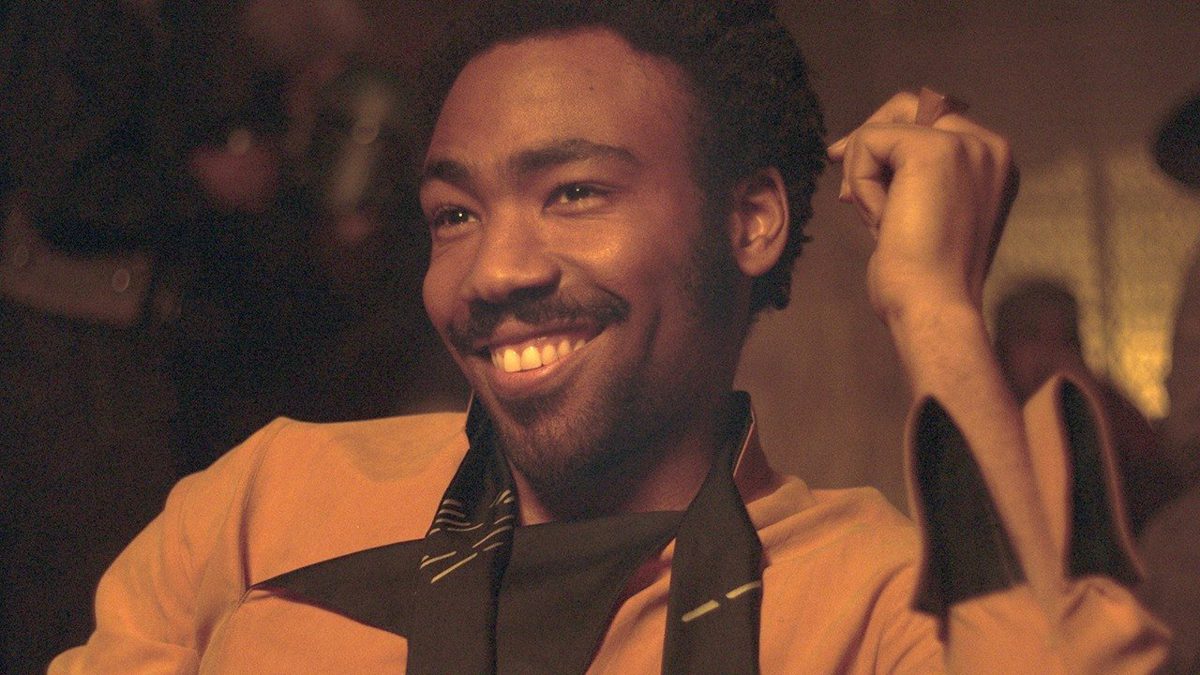 While Lucasfilm seems to have no plans for a sequel to 2018's Solo: A Star Wars Story, Lando Calrissian is set to get his own live-action series. Little is known about the project other than that it's being developed by Dear White People's Justin Simien. Presumably, the series will see Donald Glover reprise his role as Lando.

Disney has confirmed that Thor: Ragnarok's Taika Waititi has been tapped to direct a live-action Star Wars movie. Waititi is also co-writing the film alongside 1917's Krysty Wilson-Cairns. Nothing else is known about the film yet, including when it's set in the Star Wars timeline or what release date it'll end up claiming. In 2021 Waititi revealed he's cracked the story for his movie, but the actual script is still in its early stages. In May, 2022, Lucasfilm president Kathleen Kennedy said that this would be the next Star Wars film released.

Wonder Woman director Patty Jenkins was given the reins of a Star Wars theatrical film, which was originally slated to hit theaters in Christmas of 2023. Kathleen Kennedy teased, "This story will introduce a new generation of starfighter pilots as they earn their wings and risk their lives in a boundary-pushing, high-speed thrill ride. The legend of Rogue Squadron has been long beloved by Star Wars fans, and will move us into a future era of the galaxy."

However, as of November 2021, the film has been taken off the production schedule while Jenkins focuses on Wonder Woman 3. Industry insider Matthew Belloni reports the film is the latest in a long line of Star Wars projects hampered by "creative differences." Even if those problems are ironed out, it's unlikely Rogue Squadron will still see release in 2023. A Vanity Fair story in May, 2022, stated that Rogue Squadron was "further off" in development from the Taika Waititi Star Wars project.

According to Deadline, Damon Lindelof (Watchmen, Lost) is co-writing a new Star Wars movie that will be directed by Sharmeen Obaid-Chinoy (Ms. Marvel). It's currently unknown who is writing the film with Lindelof nor what the plot of the movie is about, but reportedly this is the Star Wars movie that "seems to have the most momentum" at the moment.

Disney has carved out release dates for three new Star Wars movies after The Rise of Skywalker. The first of these was to have been the first film from Game of Thrones executive producers and showrunners D. B. Weiss and David Benioff, coming on December 16, 2022. Weiss/Benioff's films have since been cancelled, however. In any case, on July 23, 2020, Disney announced changes to its release schedule due to the ongoing pandemic, including these Star Wars dates which were changed to December 22, 2023, December 19, 2025, and December 17, 2027. It is unknown if those dates will still feature Star Wars movies or not.

At any rate, don't expect a direct follow-up to Star Wars: The Rise of Skywalker. Episode IX was intended to serve as the final entry in the nine-film Skywalker Saga. Lucasfilm currently has no plans for an Episode X, though that could always change a few years (or decades) down the line. This also doesn't necessarily mean we won't see characters like Rey, Finn and Poe appear in future spinoff projects.

Lucasfilm has also said there are several unannounced films in development. What could they be? Only time… and the Force… will tell.

Which Star Wars project are you most excited for? Let us know in the comments!

Jesse is a mild-mannered staff writer for IGN. Allow him to lend a machete to your intellectual thicket by following @jschedeen on Twitter.

Source: IGN.com Upcoming and Next Star Wars Movies and TV Shows: 2022 Release Dates and Beyond