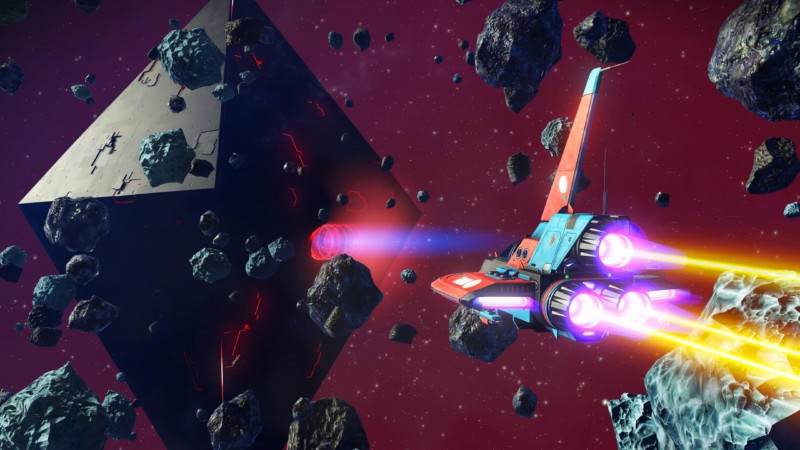 More than six years after its original release, No Man’s Sky is finally out on Switch today alongside the new Waypoint update, which brings the game up to a new 4.0 version. This update is live on PlayStation and Xbox consoles, Switch, and PC as of today.

As for what to expect, Waypoint is best described as a major overhaul to No Man’s Sky geared toward making the game easily tailored to players, regardless of the experience they’re trying to get out of it. If you want something more relaxing and casual, you can do that. If you want a more challenging experience, the Waypoint update lets you do that too.

“Access the universe of No Man’s Sky from anywhere in update 4.0 Waypoint, launching for the first time on Nintendo Switch, and overhauling fundamental elements of gameplay including game modes, inventory size, and usability, milestones, journey cataloging, and much more,” the No Man’s Sky Waypoint blog post reads. “Tailor every aspect of the game to your unique playstyle with custom game modes. Launch into the action quickly with an existing difficulty preset, or tinker with everything from economy to combat challenge to survival difficulty to perfect your experience.”

Alongside today’s Switch release and Waypoint update, Hello Games has released a new trailer giving a tease of what to expect in the 4.0 version of the game:

As you can see, Waypoint is bringing a lot of changes to No Man’s Sky. Alongside game mode customization, there are also new seamless auto-saves, the launch of trade rockets, a new inventory overhaul with streamlined item management, unique Switch rewards, and so much more. Be sure to read the entire Waypoint blog post for all the details.

Are you going to be jumping back into No Man’s Sky for the Waypoint update? Let us know in the comments below!