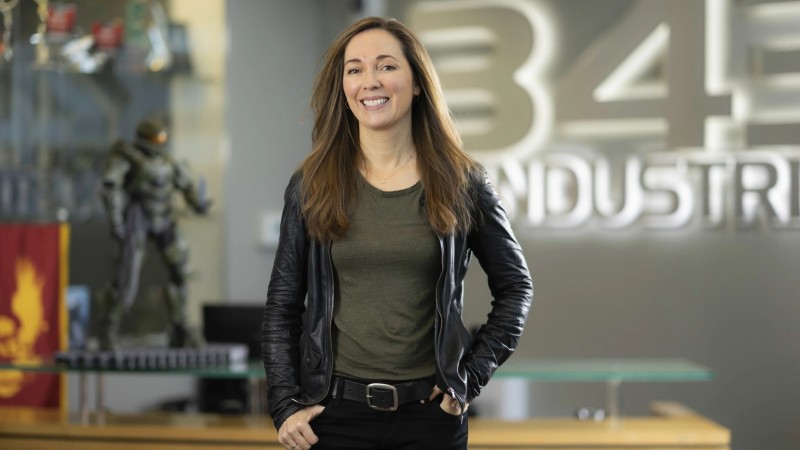 Bonnie Ross, who co-founded current Halo developer 343 Industries and has served as the studio head since 2007, is leaving 343 and Xbox. The news comes by way of Ross’ Twitter account, which mentions that she wished to stay with Halo until the upcoming Winter Update, but she is leaving the studio amid a family medical issue.

Since the studio’s founding in 2007 under Ross, 343 Industries has worked on several Halo games, including Halo 4, Halo: The Master Chief Collection, Halo 5: Guardians, and Halo Infinite. The studio fully took over the Halo franchise following Bungie’s departure from the brand after 2010’s Halo: Reach. Ross oversaw the Halo franchise for Microsoft and Xbox ever since. She first joined Microsoft in 1994 and has worked on several projects in myriad roles, including studio manager, producer, general manager, and, most recently, corporate vice president and studio head. In 1997, she co-founded the Microsoft Women in Gaming community to help women in the industry network and support each other.

“While I had hoped to stay with Halo until we released the Winter Update, I am letting you know I will be leaving 343 and attending to a family medical issue,” Ross said in a statement on her personal Twitter account. “I am incredibly proud of the work everyone at 343 Industries has done with Halo Infinite, The Master Chief Collection, the Halo television series and so much more. It has been an honor to serve alongside the team for the last 15 years and to be a part of a universe that I love. Thank you to everyone in the Halo community for your support. Halo’s future is bright. I cannot wait for all of you to experience what we have in store – and to cheer alongside you, as a fan, at the Halo World Championship in October!”

“Thanks [Bonnie Ross] for your contribution to the legacy of Xbox and everything you’ve done to expand the Halo universe with experiences for millions of fans around the world,” head of Xbox Phil Spencer tweeted in response to Ross’ announcement.

Ross has received recognition through numerous honors and accolades throughout her career. In addition to being a featured speaker at various events, including E3, she was inducted into the Academy of Interactive Arts & Sciences Hall of Fame in 2019 for her work with the Halo franchise, as well as for promoting STEM and diversity efforts across gaming for women, under-represented minorities, and children.

According to Windows Central, Ross’ role will be split among three members of the team. Pierre Hintze steps into the role of studio head. Meanwhile, Bryan Koski becomes the general manager of the Halo franchise, and Elizabeth Van Wyck will oversee business and operations.