Call Of Duty Will Remain On PlayStation For Three Years After Current Agreement, Jim Ryan Says 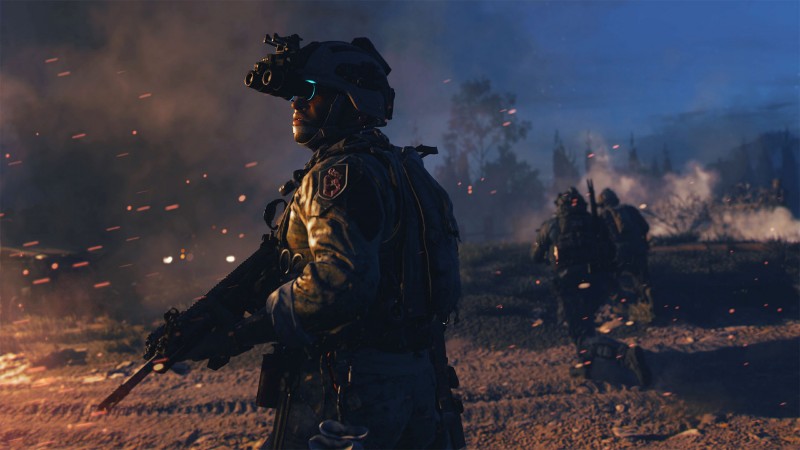 Microsoft announced in January that it was moving to acquire Activision Blizzard for a colossal $68.7 billion, making it far and away the most expensive acquisition in gaming history. Now, of course, regulators like the U.K.’s Competition and Markets Authority and the U.S.’ FTC must approve of this, and those investigations are ongoing. But suppose all goes according to Microsoft’s plan. In that case, the company will own Activision Blizzard, the publisher and developer behind Call of Duty, Overwatch, World of Warcraft, and more, by the spring or summer of 2023.

Shortly after the company announced its plans to acquire Activision Blizzard, Xbox head Phil Spencer confirmed his company’s intent “to keep Call of Duty on PlayStation” following the purchase. He reaffirmed this commitment earlier this month, going so far as to speak to PlayStation CEO Jim Ryan and promise that Call of Duty will remain on PlayStation even after Activision Blizzard and Sony’s contracts have run their courses (Thanks, The Verge).

In a new statement to GamesIndustry.biz, Ryan has revealed that Call of Duty will remain on PlayStation for three years after his company’s contracts with Activision Blizzard are done. However, Ryan calls this “inadequate” and seemingly expresses some frustration over the fact that Spencer publicly discussed that he and Ryan had spoken about this Call of Duty situation, calling it “private business.”

“I hadn’t intended to comment on what I understood to be a private business discussion, but I feel the need to set the record straight because Phil Spencer brought this into the public forum,” Ryan’s statement reads, according to GamesIndustry.biz. “Microsoft has only offered for Call of Duty to remain on PlayStation for three years after the current agreement between Activision and Sony ends. After almost 20 years of Call of Duty on PlayStation, their proposal was inadequate on many levels and failed to take account of the impact on our gamers. We want to guarantee PlayStation gamers continue to have the highest quality Call of Duty experience, and Microsoft’s proposal undermines this principle.”

GamesIndustry.biz says it’s believed that the current deal between Sony and Activision Blizzard is set to last for the next three Call of Duty releases, including this year’s Call of Duty: Modern Warfare II.

It was revealed in February that Call of Duty will reportedly skip 2023, opting to ditch its usual annual release schedule and not release a new game next year. If that’s true, and assuming Call of Duty is back to its yearly schedule following that – so a new game in 2024 and then 2025 – it seems Call of Duty will be released on PlayStation in 2026, 2027, and 2028, with the 2029 game possibly out of the question, according to Ryan’s statement. Of course, that’s just some quick math, and we aren’t privy to know the Call of Duty release plans for the next couple of years, so the final Call of Duty year for PlayStation could end up being different, but that’s a solid estimate.

If previous console iterations are anything to go off of, we might be playing shooters on the PlayStation 6 by then. Only time will tell. Regardless, it’s becoming more apparent that PlayStation really doesn’t want Call of Duty to become an Xbox exclusive, which makes sense considering it’s usually one of the biggest releases of the year and surely brings PlayStation a good chunk of money. However, it wouldn’t be surprising if Call of Duty one day does become an Xbox exclusive. You don’t spend $68.7 billion without plans to do something big, and making Call of Duty exclusive to the Xbox ecosystem would be huge (albeit unfortunate for PlayStation fans).

Do you think Microsoft is in the right to possibly one day make Call of Duty exclusive to Xbox? Let us know in the comments below!