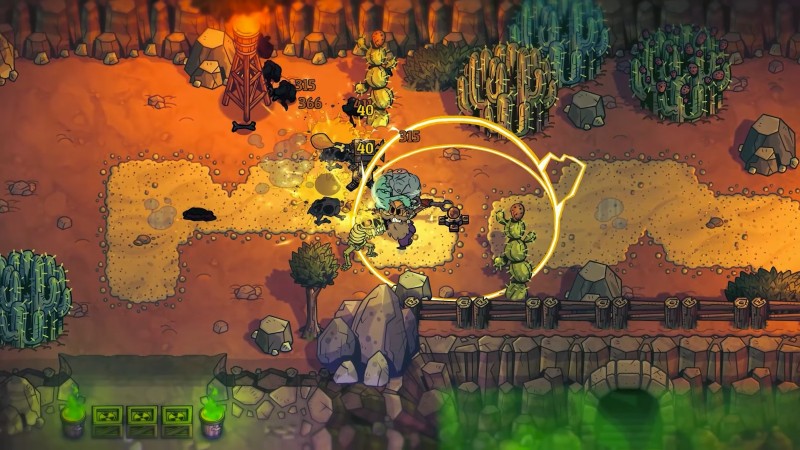 Drinkbox Studios’ Nobody Saves The World is getting a shot in the arm via a new expansion arriving next month. Dubbed Frozen Heath, this update adds new forms, challenges, and a fresh region to explore.

Frozen Hearth takes place in an underground region that hosts The Tempering, a series of trials consisting of combat challenges and puzzles. Overcoming this contest rewards two new forms: the Killer Bee and the Mechanic, which can be used in the main game.

On September 13 you can buy the Frozen Hearth expansion separately for $4.99 or pick up it alongside the main game in a bundle for $27.99.

Nobody Saved the World launched in January and became one of our early favorites of 2022. Former editor John Carson scored the game an 8.25 out of 10, writing in his review that,

“Despite its minor shortcomings, Nobody Saves the World kept me enthralled from start to finish as I leveled my way through form ranks for the next body or ability to work with. It’s most fun when unleashing devious yet approachable combat scenarios, keeping me on my toes to find the best solution to survive. Thankfully, it gave me plenty of those unrelenting loops throughout, justifying the time to save this funny little world.”