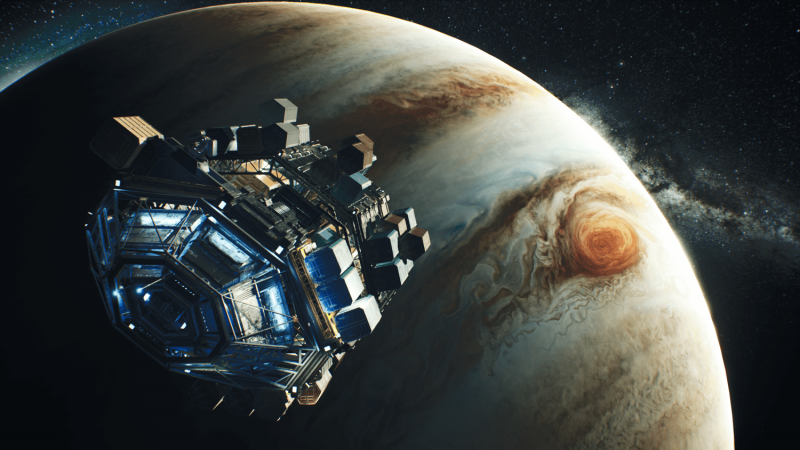 Telltale is known for choice-driven storytelling, and yet, the first trailer for The Expanse focuses entirely on action. As XO Camina Drummer keeps tabs on her mutinous crew, she’ll also be tasked to navigate the ruins of a downed vessel on the outskirts of an asteroid belt.

The trailer showed Drummer space walking, dodging debris, and working her way through the massive vessel. We also see her throw a punch and grapple with someone in zero gravity. To bring this beloved science-fiction universe to life, Telltale enlisted the development talents of Deck Nine (best known for the Life is Strange series). The first pre-alpha footage looks ambitious and dark, delivering a cinematic viewpoint into an investigation riddled with death. The facial animations on the characters also look like an evolution from Telltale’s previous work, yet some of the same facial features look similar.

The Expanse is slated to release in summer 2023.