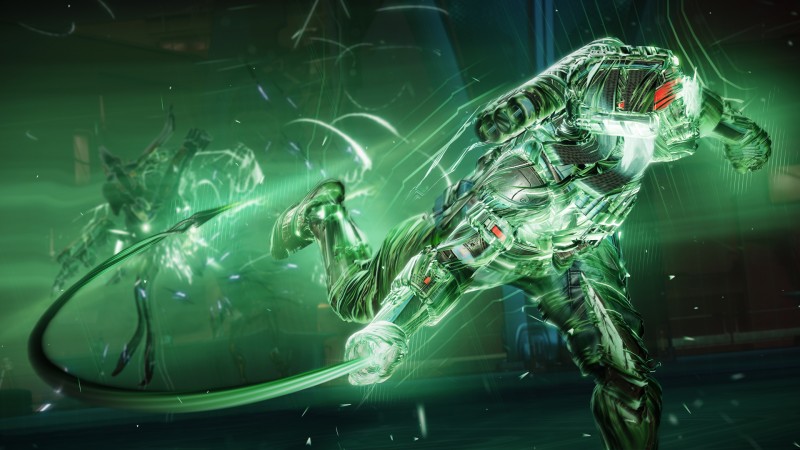 Today’s Destiny 2 Showcase brought us a wealth of new info about the ongoing living game. Longtime fans as well as potential newcomers have a lot to be excited about. We got a glimpse of the upcoming February expansion, entitled Lightfall, new information on the upcoming green-hued Strand subclasses, and an early sense of what to expect from the new season launching today, called the Season of Plunder. That’s along with a host of changes coming to the core game experience.

Lightfall will arrive on February 28, 2023. The expansion represents the “beginning of the end” of the Light and Darkness Saga that has been unfolding for many years now. In the story, Calus returns from his communion with The Witness, and takes his reformed army, called the Shadow Legion, and overtakes Neptune. We learn that ever since the Collapse, a separate branch of humanity has been flourishing on the distant planet, including within a neon-lit city called Neomuna. The city is protected by a warrior caste called the Cloudstriders, who fulfill a similar goal for the Neptune civilization as the Guardians do on Earth.

Players can expect to explore this futuristic metropolis throughout the events of Lightfall, confronting the Shadow Legion with new Strand powers. This latest set of subclasses gives new tools to Guardians, including a grappling hook that can snag the space between realities, and swing to virtually any destination. In addition to the grapple, each class has new goodies to look forward to discovering. Warlocks become telekinetic masters that fling out missiles that unravel into swirling threads of destruction wherever they strike. Titans can spawn long claws that they can use to shred their opponents. And Hunters gain access to a rope dart-style super.

Guardians are likely to need those new powers to confront the enemies in store for them. In addition to newly Darkness-infused Cabal warriors, a new Pyramid unit arrives with Calus’ forces: The Tormentor is a towering foe that wields a scythe in combat, and is clearly built to disrupt a battle with overwhelming force. In addition, after the positive response to Witch Queen’s legendary campaign, players can expect a new legendary campaign in Lightfall, tuned to offer impessive challenge and commensurate rewards. 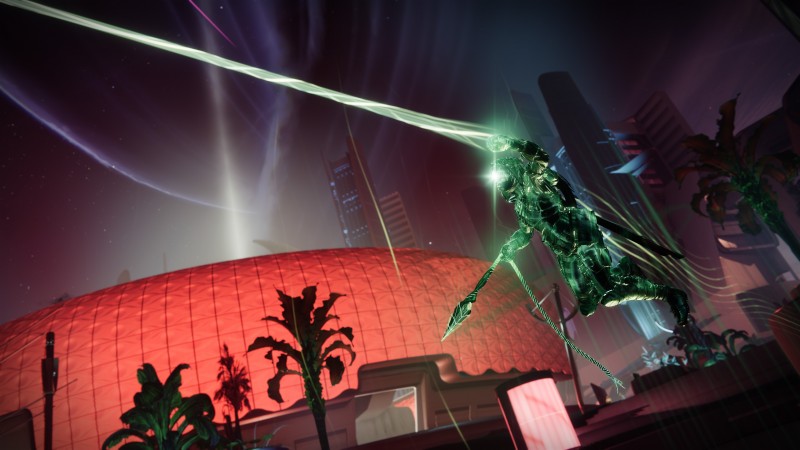 Beyond the expansion content, Bungie shined a spotlight on some of its other efforts on the way in 2023 for Destiny 2. The team is working hard to make build-crafting a greater focus, and also make it easier to do with both a mod manager and loadout tools. The team is also reworking the Destiny experience to make it easier for newcomers to understand and play the game, with a more structured and navigable path through the content, including something called Guardian Ranks. These ranks let you gradually exhibit your capabilities and show them off to others in the game world, so that players can more easily find experienced partners to tackle new content. Alongside a new looking-for-group functionality, and the ability to apply commendations to your fellow players after an event completes, there’s a clear effort to reward good play, leadership, and companionable experiences with others.

While 2023 is looking bright, the showcase also brought details about the Season of Plunder, which launches today. Given the name, it should come as no surprise that the next several months are focused on pirate-themed adventures.

In the story, Eramis (who we defeated in the Beyond Light campaign) has broken free and begun to gather crews of disenfranchised Fallen and Cabal to her side, setting out to recover lost dark relics hidden across the system. To stop those efforts, you’ll build up your own pirate crew, recruiting new members onto your team over the course of the season, and even getting to navigate your own Fallen Ketch ship on your adventures. Those pirate experiences include several new activities. Ketch Crash is a sort-of ship-to-ship attack, in which you launch yourself from your Ketch onto an enemies ship to clear the deck and halt their efforts. Expedition is an activity where you’ll guide a massive drill to buried treasure relics while fending off foes. And Pirate Hideouts are a third new activity, in which you’ll infiltrate the places where the enemy pirate captains have stashed their loot.

As long promised, this new season comes complete with a rework of the Arc subclass, allowing for the same sort of build-crafting already available for Void and Solar, not to mention its original appearance in the Stasis subclass. The new rework of Arc focuses on speed and up-close aggression. Warlocks turn themselves into a type of living arc attack. Hunters gain the Gathering Storm super that lets them fling out a staff that pulses with Arc energy. Titans get a new movement called Thruster that seems to function a bit like the Hunter’s dodge, enabling you to close distances quickly or fling yourself quickly to the side. Titans also get a new charge melee to play with, which among other things can one-hit kill opponents in PvP.

Longtime Destiny fans will be pleased to hear about the return of the King’s Fall raid this season – one of the largest and most elaborate of Destiny’s raids, in which players take on Oryx, the Taken King.

Bungie also announced that they’re ending the sunsetting of expansions starting right now, so players can expect to experience everything that is in the game in the lead-up to the saga’s conclusion. The team is doing everything it can to make the game inviting to new players, including launching onto a new platform with the Epic Games Store, and offering a Gift of the Thundergod arc-oriented gear set for new players to snag after they start playing, which immediately offers good gear and a cool exotic – Thunderlord. In addition, for players interested in seeing what the game has to offer, all expansions are available for free this week, so you can explore as you see fit.

It’s an exciting time to be a Destiny enthusiast, and it’s clear that Bungie has a clear roadmap ahead to continue making the game compelling over the coming months. Good luck to all the Guardians out there today as you start exploring the new Arc rework, and don’t forget to hoist the main sail as you start on your pirate adventures later today.