Destiny 2 Arrives On The Epic Game Store And Fortnite Today, Coming To Fall Guys Next Month 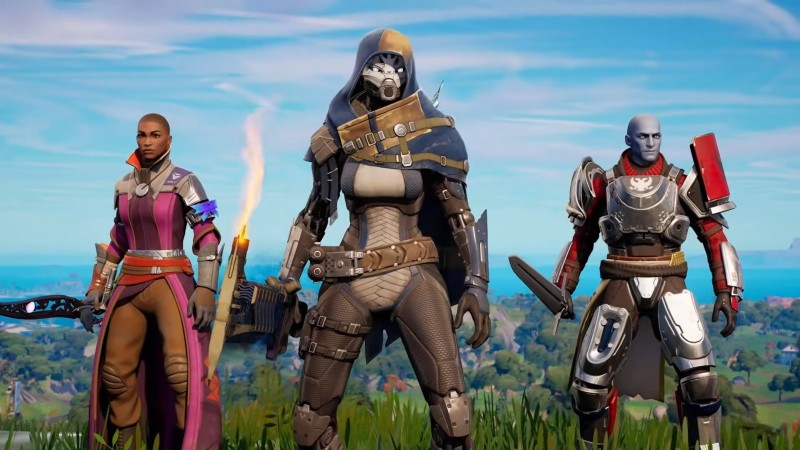 Bungie has announced that Destiny 2 is heading to the Epic Games Store beginning today. The new partnership with Epic also means that the series will be invading two of the publisher’s most popular multiplayer games: Fortnite and Fall Guys.

You can download Destiny 2 on the Epic Store right now, and those that do before August 30 can claim the 30th Anniversary Pack for free. This pack, which was released last December for $24.99, contains the Gjallarhorn Exotic Rocket Launcher, Thorn armor set, a new three-player dungeon, in addition to other goodies.

Today at 5 p.m. Pacific, Fortnite players can purchase the skins of Ikora, Zavala, and the Exo Stranger, their weapons, and can even drop into the island atop a Sparrow. A new Fortnite island inspired by the Javelin-4 Crucible map is available now and features control-style gameplay. On the flip side, Fortnite ornament sets can be obtained in Destiny 2.

Will you be picking up Destiny 2 on the Epic Store, or donning your favorite Guardian’s outfit in Fortnite/Fall Guys? Let us know in the comments!