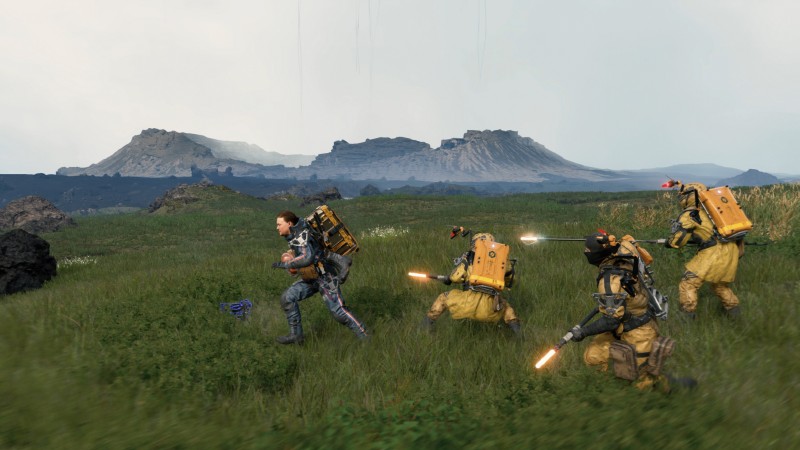 That’s a fun headline to read, right? And it’s true because after teasing earlier this week that Kojima Productions’ Death Stranding was coming to PC Game Pass, Xbox announced that it hits the service next week.

However, a PC port was published by 505 Games, and it seems 505 Games and Kojima Productions are free to determine the whereabouts of the PC port of this game. As such, it’s now coming to PC Game Pass, a service owned by Xbox. Something tells me we won’t be seeing Death Stranding coming to Xbox Game Pass, though.

“Windows 10/11 PC gamers can expect such features as ultrawide mode, photo mode, high frame rate, and cross-over content from some very well-known franchises,” an Xbox blog post reads. “What’s more, the PC Game Pass Edition of Death Stranding will also include the following items, which are unlockable as you progress through the story:

Xbox seems aware of the questions surrounding this development and how a Sony game is coming to its PC Game Pass service, and it says, “we’ll try and cover as many of them as we can in a future Community Q&A guide.” The blog post says to stay tuned for that and keep an eye out on the 505 Games and Kojima Productions social media channels for more information.

Death Stranding is one of 2019’s best games (in my personal opinion), and it’s one I hope everyone gets the chance to try. Sure, you might not like it, but if it hits, it hits hard.

PlayStation 5 and PlayStation 4 players know that, as the game was PlayStation exclusive at launch. It hit PC in 2020, but you had to buy it outright like any other PC game. Now, Xbox Game Pass Ultimate and PC Game Pass members might get the chance to try this Norman Reedus-led adventure across America with their subscription if a new, somewhat cryptic tweet from the official PC Game Pass account is anything to go by.

sometimes we just like a good landscape picture #NewProfilePic

As you can see, PC Game Pass draws attention to the fact that it’s changed its profile pic to that of a familiar landscape. If you look at the profile pic, you’ll see what appears to be a landscape shot from Death Stranding. Now, it could be a different game but like, come on, that’s Death Stranding, right?

All of this is to say that it seems like a formerly PlayStation-exclusive game – mind you, one developed by independent studio Kojima Productions that was funded by Sony Interactive Entertainment – is coming to PC Game Pass, a subscription service that’s a part of the Xbox ecosystem.

Have you played Death Stranding, and if so, what did you think of it? Let me know in the comments below!