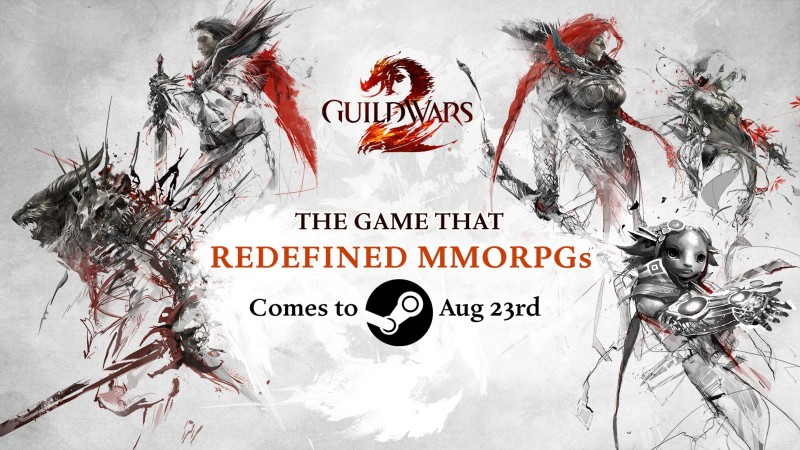 Guild Wars 2 celebrates its 10th anniversary this month, and ArenaNet is celebrating by introducing the MMORPG to a new audience on Steam.

On Tuesday, August 23, Guild Wars 2 will be available on a third-party platform for the first time ever. Since its launch in August 2012, the game has only been accessible through ArenaNet’s proprietary launcher. Guild Wars 2 on Steam will retain its subscription-less, free-to-play model. Additionally, Steam players and those on the original client will play together on the same servers. If you’re a newcomer wanting to catch up on a decade’s worth of content, a $99.97 Complete Edition of the game for Steam bundles Guild Wars 2’s three expansions and all five seasons.

“Guild Wars 2 has delighted over 16 million players for a decade with its subscription-free business model, epic collaborative open-world boss encounters, and revolutionary mount system,” said Kendall Boyd, Senior Vice President of Marketing at NCSOFT West. “By launching on Steam, a whole new audience of players who have never had the chance to adventure with us will be able to experience one of the greatest fantasy worlds in gaming. Everyone at NCSOFT and ArenaNet is excited to welcome them into our amazing community.”

Guild Wars 2 has been hailed as one of the best MMOs of its time. ArenaNet has supported the title with seasonal updates and expansion packs, the latest being February’s End of Dragons.

Do you still play Guild Wars 2? Will you be picking it up on Steam to dive in for the first time? Let us know in the comments!