How to Watch The Lord of the Rings in Chronological Order

From its epic scale and unmatched sense of adventure to its beloved characters and the unforgettable relationships between them, Lord of the Rings remains the all-time best series of fantasy films. Now, 21 years after The Fellowship of the Ring, LotR is back in the zeitgeist thanks to Amazon’s upcoming Middle-earth TV series, The Rings of Power.

Watching the Lord of the Rings movies in order is a fairly straightforward endeavor, though ahead of the TV series' September 2 debut, we’ve put together this article to make sure newcomers can properly navigate both The Lord of the Rings and The Hobbit trilogies. With series newcomers in mind, the brief plot synopsises below will be spoiler-free beyond broad plot points and character introductions.

At the bottom of the article, you'll find a second list that orders the films by their actual release dates, if you’d prefer to watch them in that order instead (as I do).

How Many Lord of the Rings Movies are There?

There are six total movies set within J.R.R. Tolkein’s Middle-earth: three The Lord of the Rings movies and three The Hobbit movies. There is also the 1997 animated film, The Hobbit, which is separate from the newer films. No future movies are planned, though Amazon is set to release its big-budget Lord of the Rings TV series, The Rings of Power, on September 2.

Where Does Rings of Power Fit in the Lord of the Rings Timeline?

Amazon’s Rings of Power series is set during the Second Age of Middle-earth, thousands of years before the events of Lord of the Rings and The Hobbit. This is the period in Middle-earth during which we’ll see "the forging of the rings, the rise of the Dark Lord Sauron, the epic tale of Númenor, and the Last Alliance of Elves and Men," according to showrunners J.D. Payne and Patrick McKay.

The Lord of the Rings Movies in Chronological Order 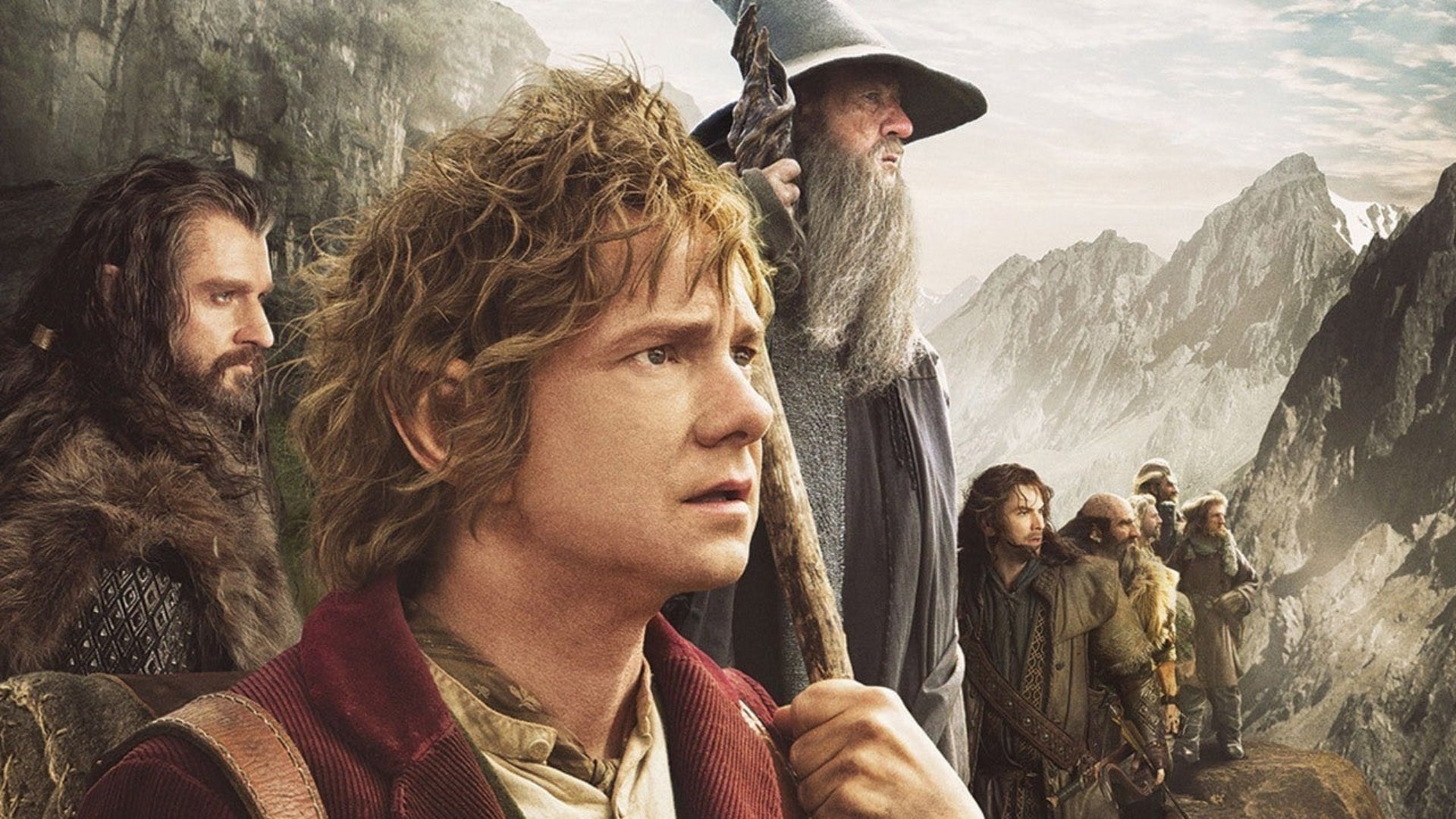 Chronologically, the story kicks off with 2012’s The Hobbit: An Unexpected Journey, which sees Martin Freeman take on the role of a younger Bilbo Baggins (played by Ian Holm in the LotR trilogy). Gandalf – one of several characters whose stories run through both trilogies — recruits Bilbo to join Thorin (Richard Armitage) and Company to help reclaim the Dwarven kingdom beneath Erebor, aka The Lonely Mountain, that had been sacked by the dragon Smaug. Along the way, Bilbo encounters Gollum for the first time and comes into possession of the One Ring.

Read our The Hobbit: An Unexpected Journey review. 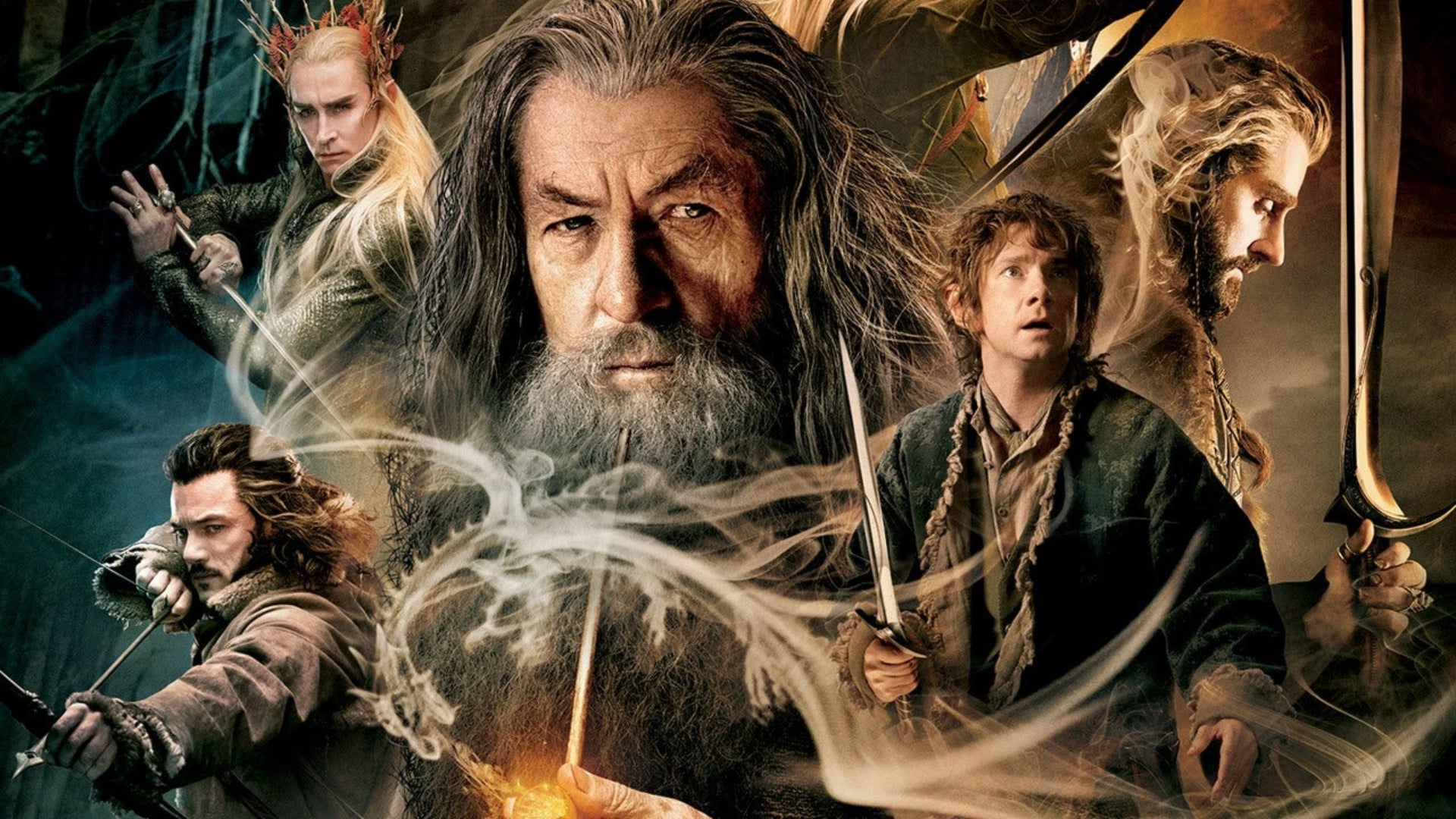 Where to watch: HBO Max (August 25), or rentable on Amazon

Thorin and Company continue their journey toward The Lonely Mountain, fending off giant spiders and orcs along the way. Orlando Bloom’s Legolas (another LotR staple) joins the fray alongside newcomer Tauriel (played by Ant-Man’s Evangeline Lilly). While the company reaches Esgaroth, a lake-town south of Erebor, Bilbo descends into the mountain, where he encounters Smaug (voiced by Benedict Cumberbatch). Smaug ultimately leaves his lair and departs for Esgaroth, setting up the conclusion of The Hobbit trilogy.

Read our The Hobbit: The Desolation of Smaug review. 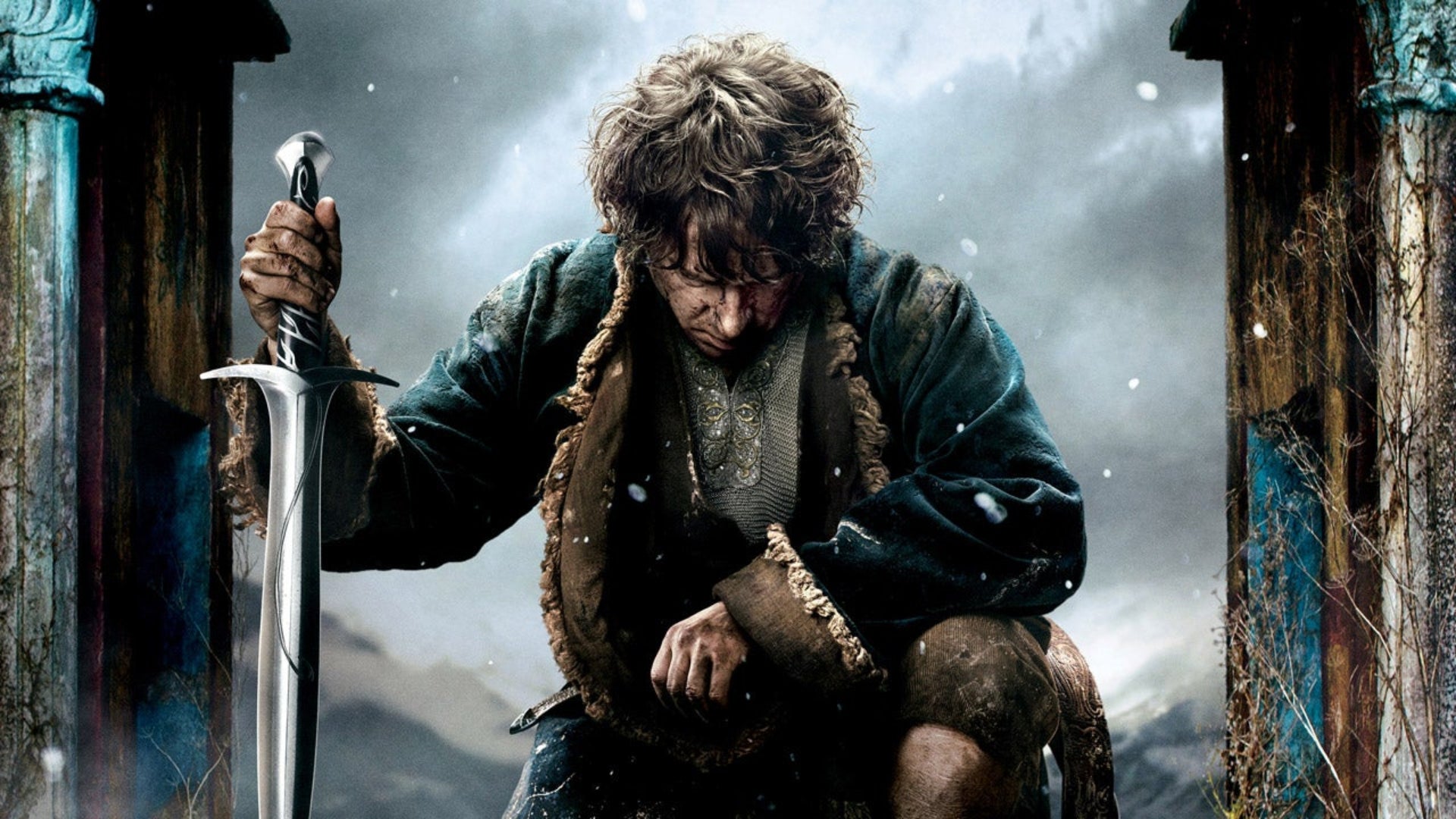 The conflict with Smaug is resolved and the film’s titular battle ensues involving the armies of men, dwarves, elves, and two tribes of orcs. We’re being extra vague here as The Battle of the Five Armies is ripe with resolution (and therefore spoilers), but prepare for an action-heavy film that ultimately leaves off where The Lord of the Rings trilogy begins: back at the Shire, 60 years later, as Gandalf visits Bilbo on his 111th birthday.

Read our The Hobbit: The Battle of the Five Armies review. 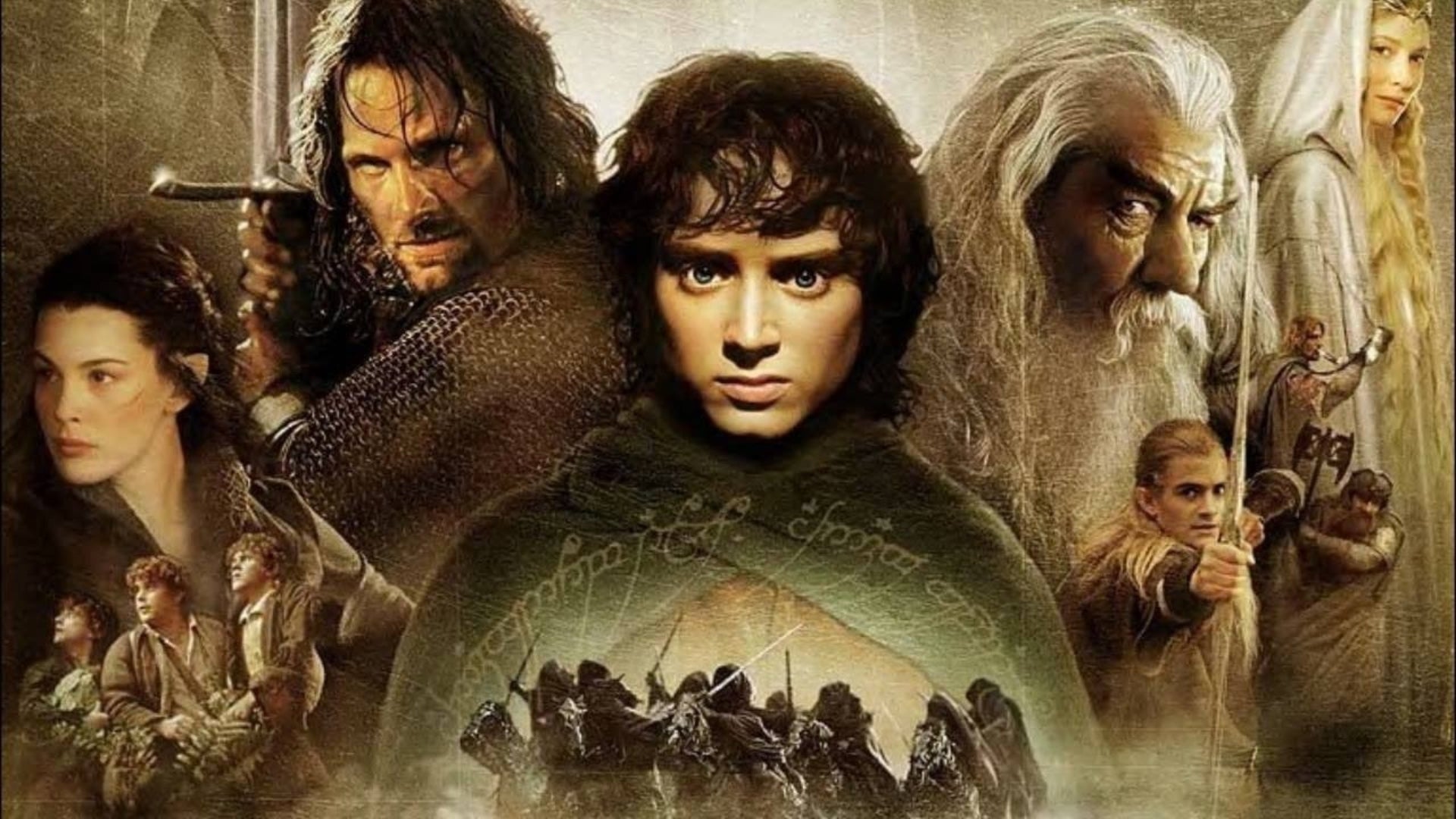 The first Middle-earth film by release date (and the fourth chronologically) is 2001’s The Fellowship of the Ring. The perspective shifts from Bilbo to his much-younger cousin Frodo Baggins (Elijah Wood). Following some exposition that sets up the current state of affairs in Middle-earth, we return to Bilbo’s 111th birthday celebration in the Shire.

Bilbo departs on one last adventure, leaving the One Ring with Frodo; Gandalf warns Frodo he must leave the Shire, as Sauron (the Lord of the Rings) and his evil cronies — specifically the Nazgûl, a host of nine horse-mounted wraiths — will be coming for the ring. Frodo departs the Shire with his best friend, Samwise Gamgee (Sean Astin), along with fellow hobbits Merry (Dominic Monaghan) and Pippen (Billy Boyd).

After some perilous travel and character introductions, including Aragorn (Mortensen), Legolas (Bloom), and Saruman (Christopher Lee), a plan is devised to destroy the Ring in the fires of Mordor's Mount Doom, where the Rings of Power were forged. The plan is to be carried out by a ragtag group dubbed the Fellowship of the Ring: the wizard Gandalf; the hobbits Frodo, Samwise, Merry, and Pippen; the elf Legolas; the dwarf Gimli (John Rhys-Davies); and humans Aragorn and Boromir (Sean Bean).

A treacherous journey leads them to Lothlórien, an Elven realm ruled by Cate Blanchett’s Galadriel, who also appears throughout The Hobbit trilogy and is one of the main protagonists of the new Amazon series (this younger version of Galadriel is played by Morfydd Clark). Galadriel advises Frodo, and he decides to continue his journey to Mordor without the others, bringing only his most trusted confidant, Sam. 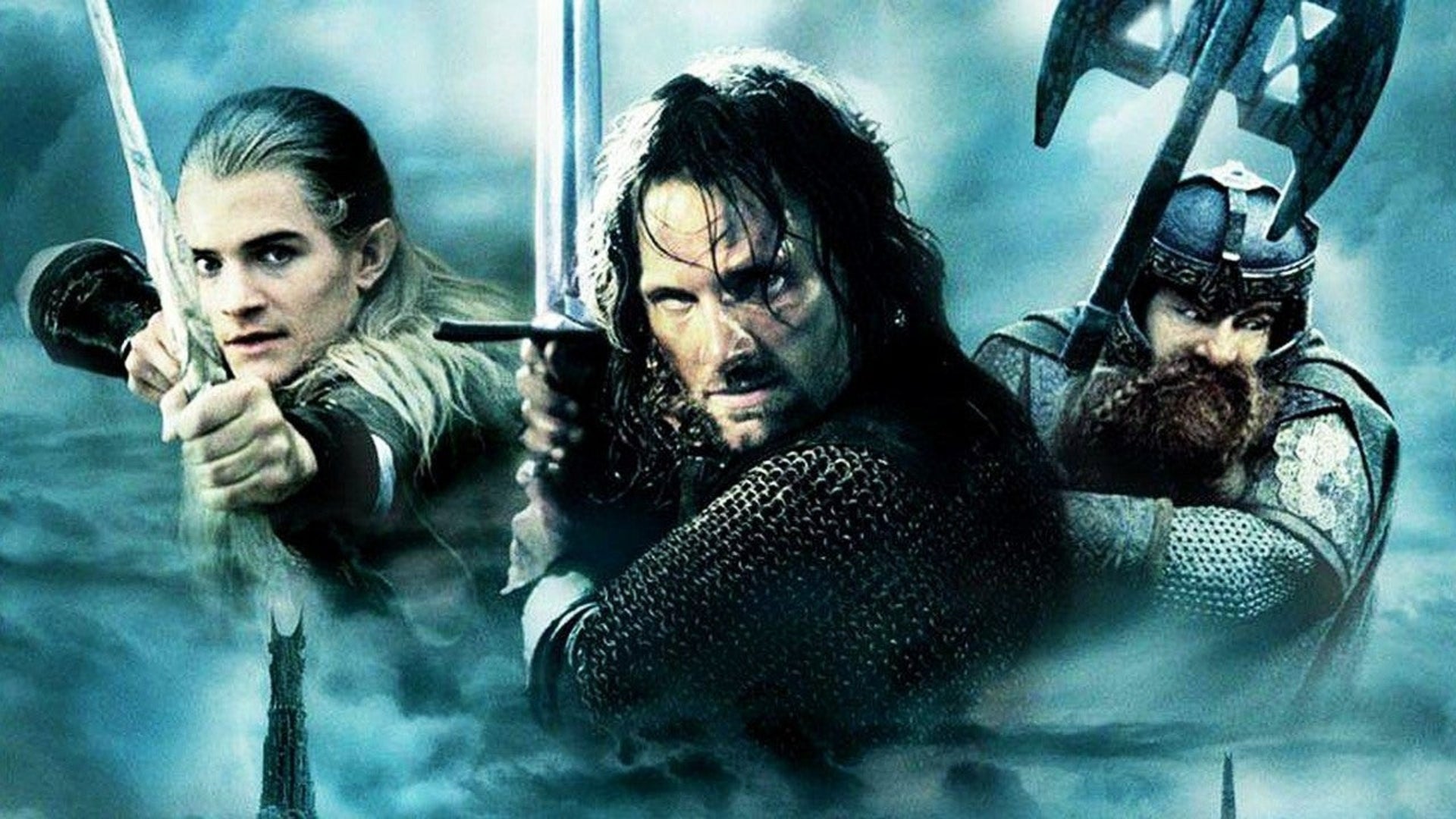 Frodo and Sam take on a third, reluctant travel companion in Gollum (voiced by Andy Serkis), a hobbit long ago corrupted by the power of the One Ring. The trio makes it to the outskirts of Mordor, though are stalled by an unforeseen intervention. The other members of the Fellowship embark on a rescue mission; Gandalf takes a new form; and the trilogy’s first epic battle occurs in the gorge of Helm’s Deep.

Read our The Lord of the Rings: The Two Towers review. 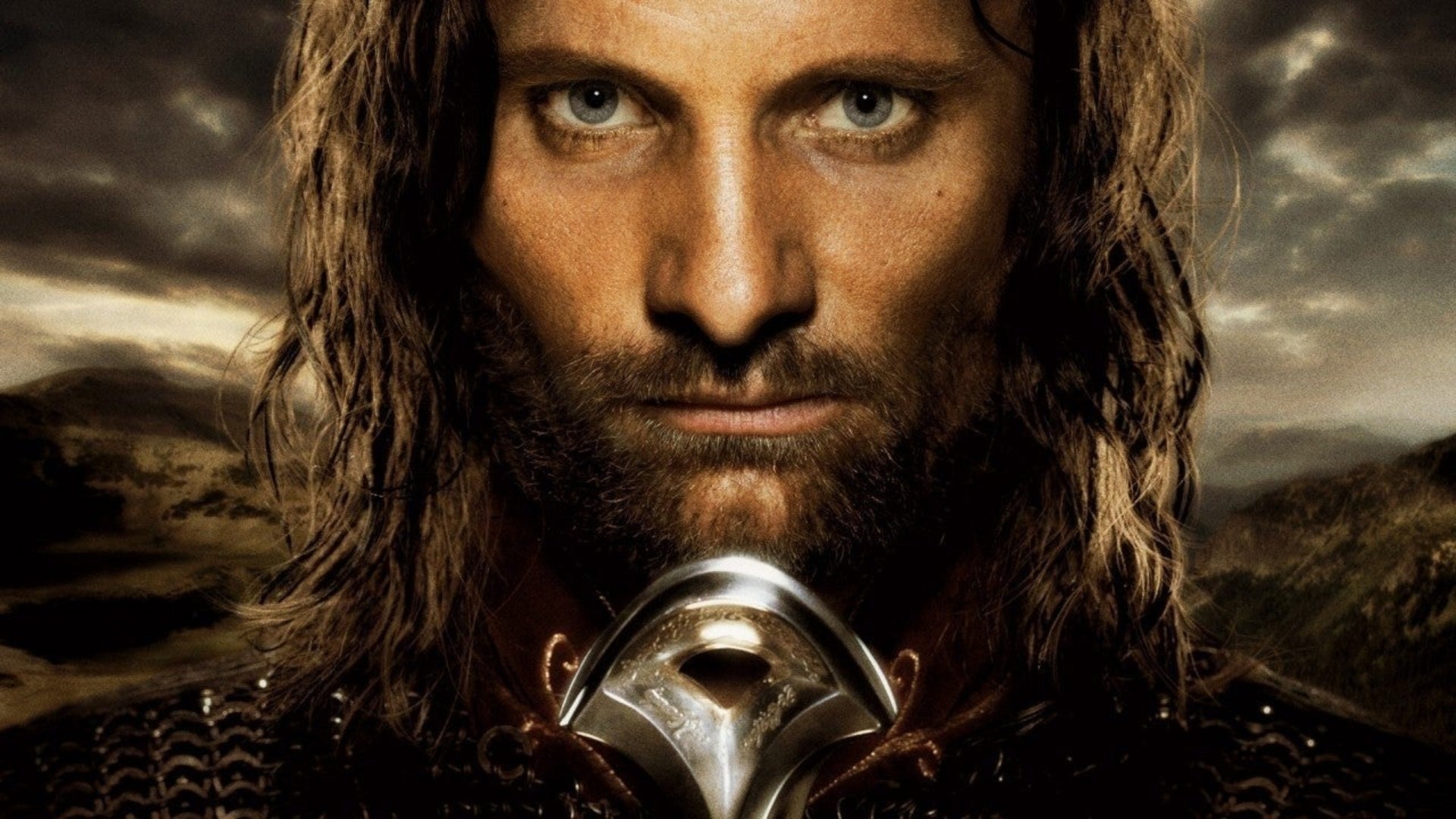 As with The Battle of the Five Armies, The Return of the King’s plot is essentially all spoilers, so we’ll again highlight only the broadest story beats. Gollum, exploiting the influence of the Ring, pits Frodo against Sam and leads the former into the lair of a deadly foe. The other members of the Fellowship, meanwhile, partake in the Battle of the Pelennor Fields — a massive, final fight against the dark forces of Sauron.

Frodo and Sam ultimately enter Mordor in disguise and, with help from the other members of the Fellowship, see the original plan through. With the journey concluded, we enter the Fourth Age of Middle-earth and are treated to a bittersweet finale.

Read our The Lord of the Rings: The Return of the King review.

Looking to go on a different chronological binge journey?

Source: IGN.com How to Watch The Lord of the Rings in Chronological Order