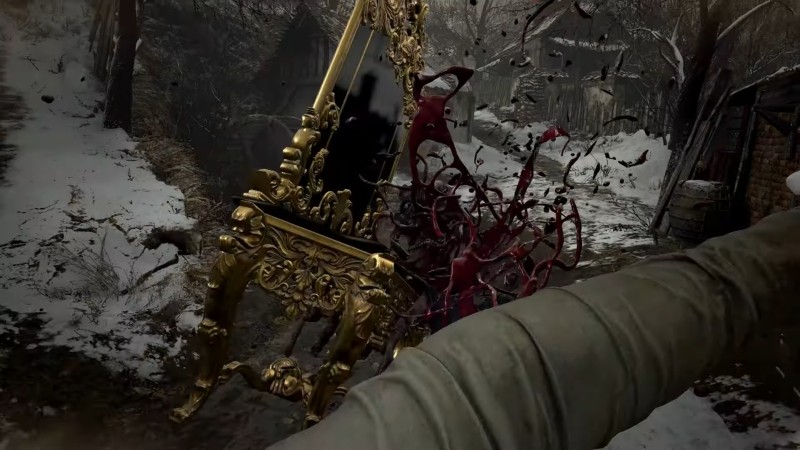 Resident Evil Village Gold Edition arrives in October and introduces the Winters’ story expansion. This content update includes an expanded version of the game’s Mercenaries mode, introducing Chris Redfield, Karl Heisenberg, and Lady Dimitrescu as playable characters. A new trailer shows off each of their abilities and how players can tear through hordes of monstrosities as this powerful trio.

The update, called The Mercenaries Additional Orders, adds two new stages, Bloody Village and Bloody River, and lets players mow down adversaries such as the weapon-strapped Chris Redfield. When his arsenal of guns isn’t enough, the former BSAA agent packs a powerful punch that can have foes reeling, and activating his Onslaught gauge grants him an absurd speed boost, letting him move and reload in the blink of an eye. When all else fails, Chris can call in support strikes by pinpointing targets with his locator.

If you want to get your Magneto on, Heisenberg can use his electromagnetic powers to toss buzzsaws and other objects, channel lightning, and smash foes with his massive hammer. He can also call in his Soldat Jets to lend a hand.

The towering Lady D handles threats by slicing them to bits with her intimidating claws, which builds up a Thrill meter. Spending this meter allows her to use special moves such as summoning her psychotic daughters. Hilariously, the trailer even shows Dimitrescu tossing her bedroom dresser at a mob, a goofy callback to when she destroyed the same piece of furniture during the main campaign.

If you already own Resident Evil Village, you can purchase the Winter’s Expansion standalone to access the new Mercenaries content. Resident Evil Village Gold Edition is an all-in-one package that includes the base game and the expansion. Both will launch on October 28.