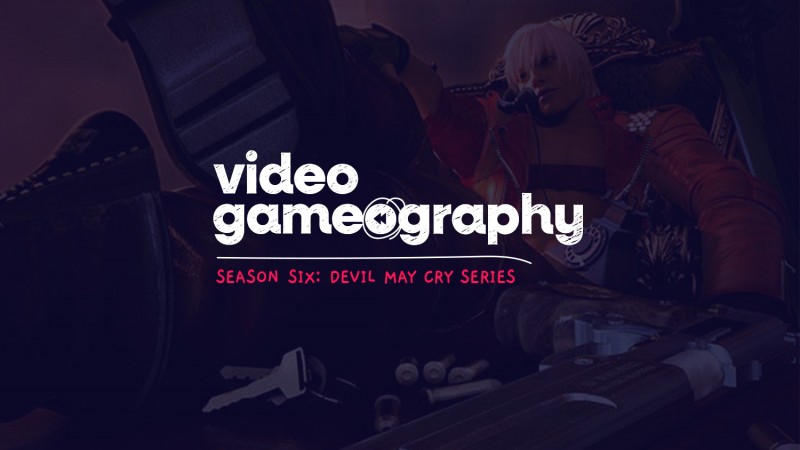 Editor’s Note: this episode was recorded before the recent Game Informer layoffs where, unfortunately, John Carson was let go from the company. This episode, along with the upcoming DmC episode, was filmed in advance and will serve as his final appearances on Video Gameography. I want to personally thank John for all of his help, and I will miss the knowledge, passion, and personality he brought to every episode. The future of Video Gameography after Season 6 is currently being determined as Game Informer reorganizes with our much-reduced staff. I will keep you updated, but please follow John on Twitter (handle posted below) to wish him well and send any job opportunities or leads his way. – Marcus Stewart

Let’s rock, baby! Season 6 of Video Gameography gets stylish as we examine the Devil May Cry series! Over the next few weeks, we’ll be covering the history and lore of Capcom’s premiere action franchise. After mucking through the gunk of Devil May Cry 2, our reward comes in the form of arguably the series’ magnum opus: Devil May Cry 3: Dante’s Awakening.

After inheriting the disaster that was DMC 2, director Hideaki Itsuno implored Capcom to allow him to helm a sequel from the beginning. Combining his background in fighting games with fan feedback from the last game, Devil May Cry 3 featured a return to the mechanically technical, brutally difficult challenge gameplay that put the series on the map. The story serves as a prequel starring a younger Dante and introducing his villainous twin brother Vergil, establishing a sibling rivalry that would emerge as one of the key pillars of the franchise’s lore. DMC 3 arrived on March 1, 2005, and was critically lauded as one of the best action games ever made. How did Capcom right the ship? Tune in to find out.