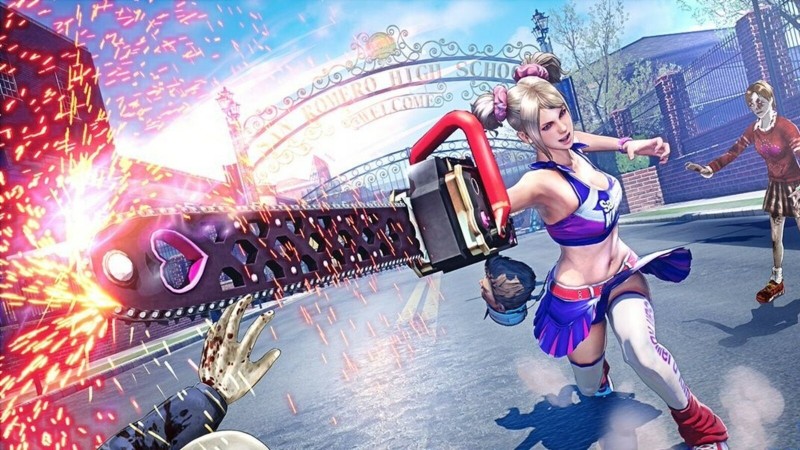 Suda51 and his development studio, Grasshopper Manufacture, are the zany minds behind cult classic hits like The Silver Case, Killer 7, No More Heroes, and Lollipop Chainsaw. The hack-and-slash zombie game, Lollipop Chainsaw, might have received lukewarm reviews, but a remake is still on the way. Dragami Games president Yoshimi Yasuda took to Twitter today to let avid fans know it’ll “be as close as possible to a remaster.” You can check out his post below.

In his statement, Yasuda spoke about the primary goal of the remake and the incoming changes:

“The primary goal of the Lollipop Chainsaw Remake project is to make it so that players who wish to play Lollipop Chainsaw can do so easily, not to make a new Lollipop Chainsaw game…we were unfortunately unable to include 16 of the licensed songs, which were a great part of the original game’s feel, and so we are instead aiming for a remake that is as close as possible to a remaster. Additionally, we do not intend to change the aesthetics of the game.”

The original Lollipop Chainsaw was released in 2012 and was about high school cheerleader Juliet and her journey to survival amid a zombie apocalypse in California. For those of you that never played the game, you’re right to assume that Juliet donned a flesh-shredding chainsaw. Suda51 and James Gunn (The Suicide Squad and Guardians of the Galaxy) collaborated on the gory, blood-pumping adventure. Joe Juba reviewed Lollipop Chainsaw and concluded his review by saying:

“After finishing Lollipop Chainsaw, I was left with the same feeling I had after playing other titles from creative director Suda 51. Like Killer 7 and No More Heroes, the premise is exciting and imaginative, but the gameplay execution has too many holes to embrace completely. However, also like those previous games, I’m glad I played Lollipop Chainsaw.”

Are you excited to play the remake? What do you think of the statement? Let us know in the comments below.

Source: Game Informer Lollipop Chainsaw Remake Will Be ‘As Close As Possible To A Remaster’