Gwent: Rogue Mage Is A Single-Player Roguelike Deckbuilder From CD Projekt Red And It’s Out Tomorrow 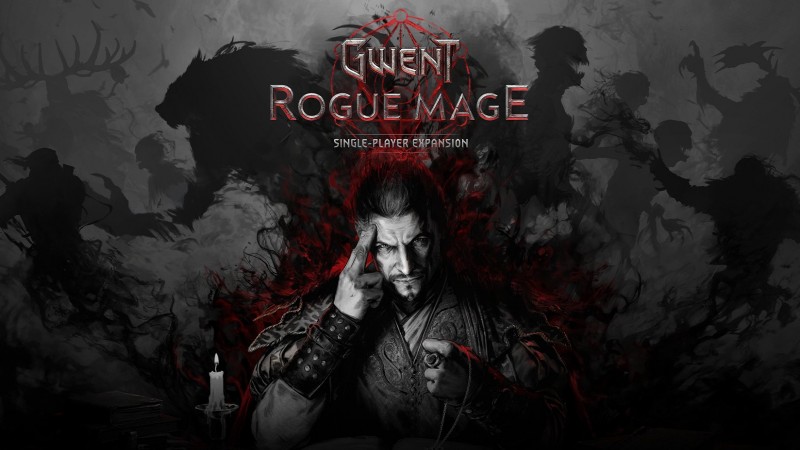 The Witcher 3: Wild Hunt is one of the most popular open-world fantasy RPGs ever made for several reasons, including its in-universe card game, Gwent.

CD Projekt Red, the studio behind Wild Hunt and 2020’s Cyberpunk 2077, has already created a game based on Gwent, aptly called Gwent: The Witcher Card Game, but it seems the developer is not ready to leave that in-universe game behind just yet. That’s because the studio is launching Gwent: Rogue Mage, a new single-player roguelike deckbuilder, tomorrow.

Announced by IGN, Gwent: Rogue Mage launches tomorrow, July 7, on PC, iOS, and Android. IGN reports that this game is what Project Golden Nekker, which the team revealed earlier this year, has turned into, and CD Projekt Red is marketing it as a single-player expansion to Gwent: The Witcher Card Game. However, you won’t need to own that because Rogue Mage is standalone. You can purchase the standalone version for $9.99 or the premium edition, which includes in-game skins and cosmetics, and card packs for the multiplayer portion of Gwent, for $19.99.

“Rogue Mage came out of us noticing that years after The Witcher 3’s release, there are a significant number of players who want a more PvE experience from Gwent,” game director Vladimir Tortsov told IGN. “While Gwent multiplayer is a fantastic game for those who are looking for a great PvP multiplayer experience, we perfectly understand that many Witcher players loved the original mini-game of Gwent for totally different reasons. With Rogue Mage, we aim to give this audience a reason to play modern-day Gwent in the format they prefer.”

IGN has an exclusive preview of Gwent: Rogue Mage after going hands-on with it ahead of tomorrow’s release, and if you’re looking for even more details about it, including what this single-player deckbuilder roguelike’s gameplay is like, be sure to check it out.

Are you excited to check out Gwent: Rogue Mage? Let us know in the comments below!