Endling: Excintion Is Forever Preview – The Last of Cubs 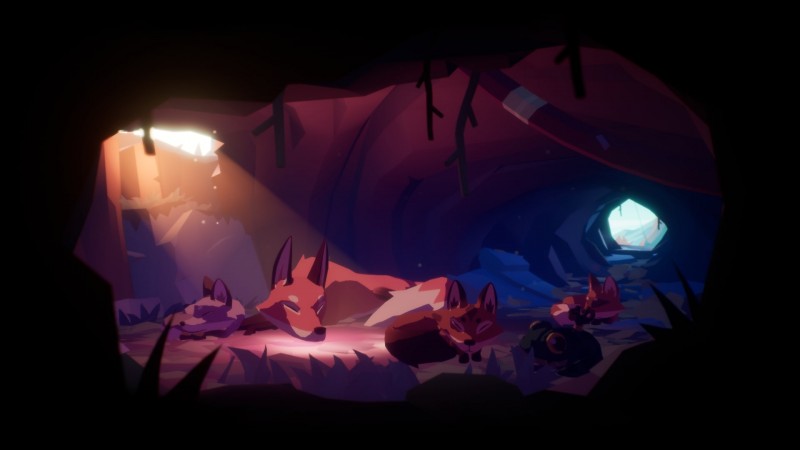 During an Indie World Showcase last December, Nintendo highlighted Endling: Extinction is Forever, and I was immediately intrigued by the premise. It’s attempting to tackle the issue of deforestation and climate change sorrowfully.

Endling begins with a terrifying look at the destruction of nature at the hands of humans. You control one of the last foxes on Earth, and you must escape a forest – presumably your home – being ravaged by a fire. Shortly after finding a new lair, it turns out you have a pack of cubs to care for. Doing so requires you to feed and nurture them as they grow while avoiding the dangers of a world no longer safe for you.

Endling nails the concept of surviving by the skin of your teeth. At best, I was able to keep my cubs fed and teach them new skills to survive when I’m no longer around. At my worst, I had a cub go missing from my pack while the others were injured by natural predators like owls and human hunters after my fur. Even when things were going great, knowing the world was burning and I was the last of my kind remained harrowing. When situations went from great to worse, it became heartbreaking. If you have a soft spot for adorable baby animals like me, then Endling will likely be highly affecting. It doesn’t hurt that its visual style, which features broad strokes of color and a minimalist design, is gorgeous, especially in how it plays with the foreground and background.

While its premise is a resounding success, its gameplay leaves much to be desired. Herobeat Studios describes Endling as a 3D/side-scrolling stealth game, and it is, but it’s not particularly  good in either of those genres.

There’s just not much to do in the immediate moments. You can use the fox’s snout to track scents, which usually lead to food for your cubs, and you can pounce on unsuspecting prey by sneaking up on creatures like rats and rabbits, but that’s about it (or at least, that’s all I’ve really done in this preview session). Sure, new cub skills like jumping, climbing, and squeezing through small gaps change things, but ultimately, they lead to new food sources.

There are more stealth-oriented sections, like when you come upon the trapper who’s cub-napped one of your young. But these encounters amount to waiting until they’re no longer pointing their flashlight in your direction before moving on. After discovering the trapper, they remained in the same spot for days, meaning every night I went out to hunt, I would have to go through the same stealth section that played out in the same way every time. This quickly became uninteresting, but unfortunately, it was necessary to continue my exploration of the area.

Still, I get the sense that my current problems with Endling’s gameplay result from me only having access to its opening hours. My cubs learned new skills as I played through the opening hours, and I hope the abilities I hadn’t unlocked yet shake up the gameplay to be more than “here’s a new way to find food.” Plus, despite gameplay shortfalls, I’m intrigued by Endling’s exploration. Each night, I was able to explore more parts of the world, spurred by my discoveries. This led to finding new objects to smell, which gave me clues to my missing cub’s whereabouts. It also opened previously-locked routes.

Endling’s not quite a Metroid-like experience, and it’s not necessarily going for that. Still, I enjoyed how each night of exploration ended with a better understanding of my surroundings and revealed more of the map. I hope the full game has more locations to explore, though, because, after two hours, I was ready for something new. Fortunately, I don’t have to wait long to find out because Endling: Extinction is Forever hits PlayStation 4, Xbox One, Switch, and PC on July 19.