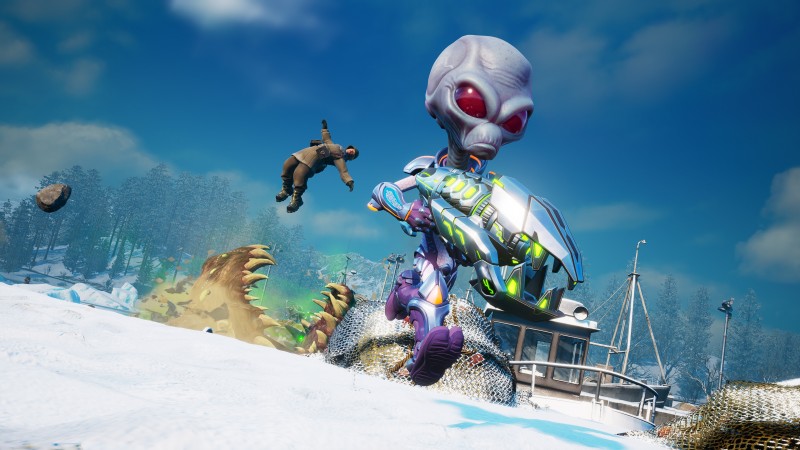 Black Forest Games’ remake of Destroy All Humans 2: Reprobed is getting couch co-op. That’s right, the world will now suffer from the might and insensitive jokes of two Cryptos invading at once. The latest trailer for Reprobed shows off the co-op carnage, and also provides a great look at the rearranged maps, which feature more buildings, plant life, and things to blow to kingdom come.

Reprobed is slated to release on PC and PlayStation and Xbox consoles on August 30. A $399 collector’s edition is on the way and comes with a 27.6-inch Crypto figurine, an Arkvoodle statue, a CD of the orchestral score, and an artbook. 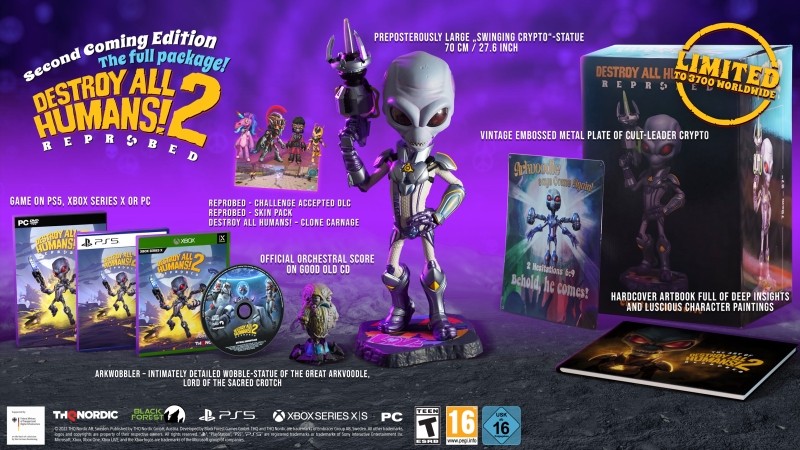 The remake of the original Destroy All Humans felt a bit dated. In our review, Joe Juba said “The brightest moments are when the action gives way to pure chaos. I watched electricity arc between humans, made brains pop out of heads, and turned a secret base into smoldering ruins with my spaceship’s death ray. But like a person floating above the ground in the glow of an abducto beam, those moments aren’t connected to anything substantial; they just make some noise and get flung aside.” The remake of the sequel modernizes more of the content. Let’s hope that helps Crypto find new life again. I’d love to see an entirely new adventure with this foul-mouthed alien leading the charge.