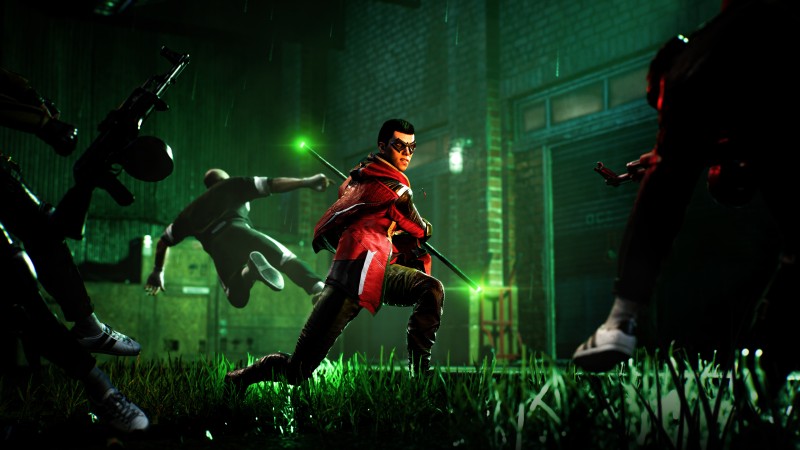 With Gotham Knights exploring what life is like in a post-Bruce Wayne world, his iconic sidekick is wondering what a Robin is without a Batman. Apparently, he’s unleashing his full potential and hacking advanced superhero bases to level up his vigilanteism.

In a new character trailer, Robin shows off how he disposes of Gotham’s thugs. His standard melee combat is centered around quick attacks and the use of his quarterstaff for leverage and mid-range beatdowns. Robin also has a stealthy element, enabling active camouflage to mask his presence and sneak up on unsuspecting suspects. The most surprising reveal in the trailer is that the Boy Wonder has tapped into the Justice League satellite to enable short-range teleportation to zip around Gotham to get the drop on enemies or make impossible leaps a reality. He’s also using holograms to deploy decoys to deceive dummies in combat.

Gotham Knights is looking great after the last couple of trailers, and I’m looking forward to seeing this team take on the Court of Owls when it releases on October 25.