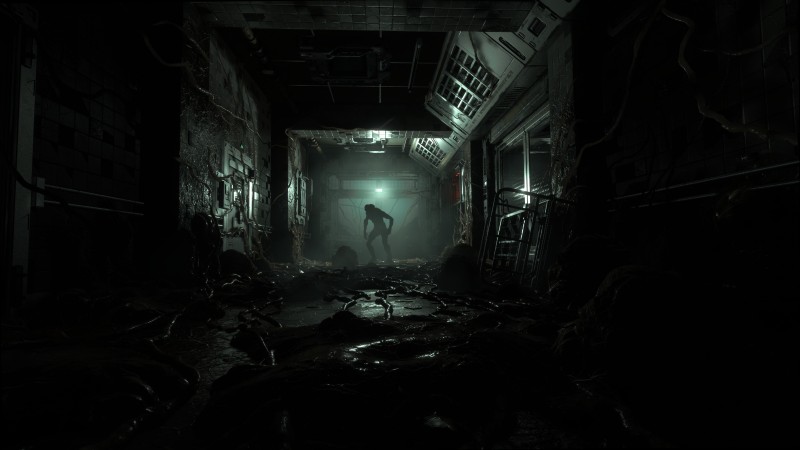 Believe it or not, The Callisto Protocol is a scary game. But it’s not enough to simply have horrifying monsters and an oppressive atmosphere; developer Striking Distance believes it’s how you arrange these elements. And it does so through a process the team dubs “horror engineering.”

Horror engineering defines the meticulous manner in which the team constructs its scares so they have the maximum effect on players. That ranges from designing a room with strategically placed entry points for the biophage, The Callisto Protocol’s monsters, to pop out, to obsessing over details as small as whether a light bulb should flicker two times or three. Imagine Disney’s Imagineering process applied to something much more gruesome.

Horror engineering stems from the team’s desire to make The Callisto Protocol’s scares unpredictable even to genre enthusiasts. The developer recognizes the patterns players have come to expect and instead focuses on crafting surprises that buck those trends. For example, for players who think the formula will be “Big scare, tension building, big scare, et cetera,” there may be times that a frightening attack is followed by another terrifying surprise mere seconds later. Your headphones may pick up an unsettling noise from the left only be assaulted from the right. If you think The Callisto Protocol will go one way, Striking Distance wants it to go the opposite.

“We want to throw the timing off as much as possible,” says creative director Glen Schofield. “There are times when you’re like, ‘I know you’re going to scare me, I know they’re going to get me,’ right? And then maybe we don’t.” 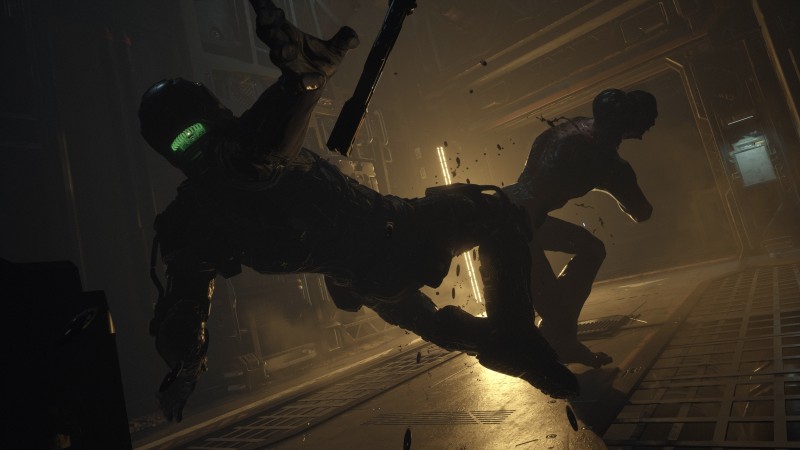 An example Schofield gave us was having the player open a door and getting attacked early in the game. By doing this in the beginning, the player hopefully becomes wary of entering doors going forward. But after several levels of opening doors safely, the player relaxes only to, finally, be attacked again when they least expect it.

Gut instinct serves as one big factor in knowing when and where to scare players. But Striking Distance also keeps a complete written record of moments and setpieces. By doing so, the team can better visualize and remember when it executed a particular scare to determine the best place and time to repeat.

“We have these giant graphs,” Schofield says. “One of our producers has taken the levels and then marked exactly where the different scares are and the tension areas so that we can remember, ‘Okay, we did this one about three hours ago in Level 2. Now we can do it again or something like it in Level 7,’ or something like that. There is a lot of paperwork, if you will, to keep up with something like this.”

As unrelenting as The Callisto Protocol appears to be, Striking Distance realizes that giving players a break now and again is also important.

“If somebody plays five, six hours of the game, it’s hard to be amped up for that long,” Schofield continues. “So we kind of give you little moments – not a lot – where you’re just like, ‘Okay, this is just going to be combat for a little bit or maybe I’m just going to get a little story here and there, then I’ll get back into it.”

However, players should never drop their guard altogether during these reprieves. Schofield teases “even then we might get you once or twice.” 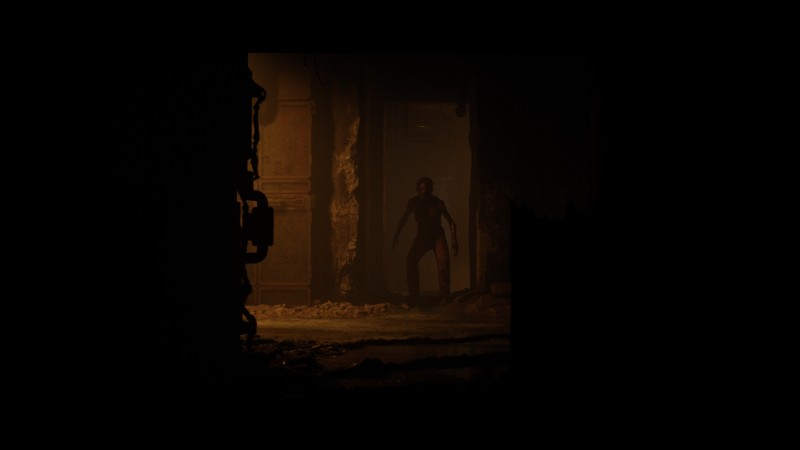 The team has also crafted areas in such a way that only certain players may experience a scary moment. While bigger scares are designed for the majority of players to witness, other moments may occur off the beaten path or are situated in a direction most people wouldn’t think of looking, such as peeking towards the ceiling in a room instead of just looking forward. In doing so, the team wants to create playthroughs that feel unique between players and for people to discuss the moments they did and didn’t experience.

The Callisto Protocol launches on December 2 for PlayStation and Xbox consoles and PC. Click the banner below for more exclusive features and videos.