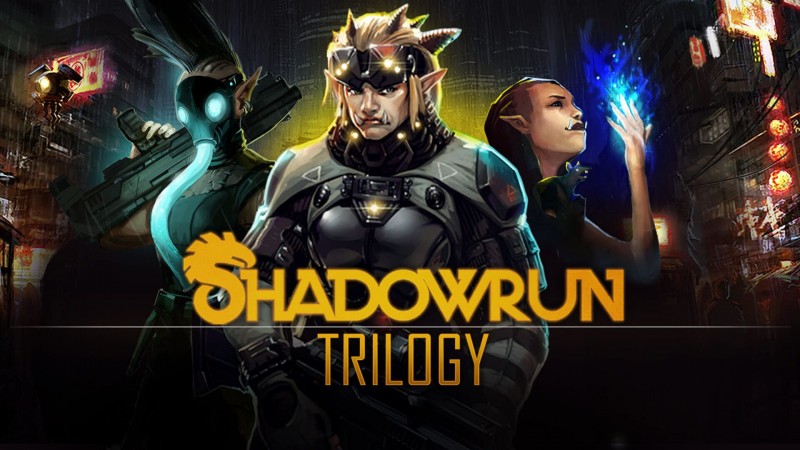 Starting today, Xbox Game Pass subscribers can dive into the wonderful Shadowrun Trilogy on cloud and console. Developed by Hairbrained Schemes and Codeglue and published by Paradox Interactive, these strategic RPGs draw heavily from the boardgame universe and have great stories to tell. The trilogy consists of Shadowrun Returns, Shadowrun: Dragonfall – Director’s Cut, and Shadowrun: Hong Kong – Extended Edition.

In Game Informer‘s review of Shadowrun Returns, Matt Miller says the “isometric view, turn-based combat, point-and-click controls, and text-driven dialogue deliver a jolt of nostalgia for longtime PC gamers. Fifteen years ago, games like this established the foundations of today’s Western RPGs. Even so, there’s nothing here that should turn away newcomers thanks to smart updates to the formula. The challenge level is accessible, with a steady ramp up in difficulty that may be too easy for experienced tacticians. The leveling system is flexible and easy to grasp, letting you shape your character by doubling down on one or two skill sets, or by becoming a jack of all trades.”

Game Pass subscribers on PC can download Total War: Three Kingdoms today for a lengthy fix of kingdom building. On June 23, FIFA 22 and Nakara: Bladepoint will be made available on both console and PC, with Far Cry 5 joining the service on July 1 for console, PC, and cloud. In our Far Cry 5 review, Jeff Cork took aim at the game’s shortcomings, but also gave it high remarks for its cooperative play.

“For the first time in the Far Cry series, you can play through the entire campaign in co-op,” he said. “Having a second player around makes the game significantly more entertaining (even if the difficulty balance seems tailored for one), and exploring the playground together is a blast. I had a great time tormenting my partner, whether I was luring him under beehives, blowing up dynamite inside our plane, or rigging his car with explosives.”

On June 30, a handful of games are leaving Xbox Game Pass. If you are still going through Jurassic World Evolution, Last stop, MotoGP 20, or FIFA 20, get your last hours in before they are pulled.