Redfall Preview – First Details On How You Take Back The City 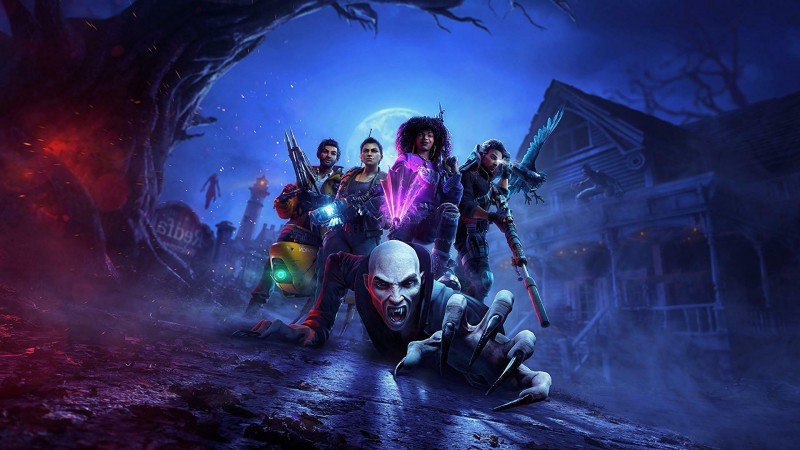 As much as I want Arkane Studios to return to the Dishonored series, this talented developer repeatedly shows it may be better off exploring new ventures. Prey and Deathloop support this theory with thunderous success, and the studio’s next experiment, Redfall, looks just as promising.

I recently sat down with Arkane Austin’s studio director, Harvey Smith, and co-creative director, Ricardo Bare, to learn what players can expect from this vampire-slaying experience.

“We’re taking on a giant creative challenge,” Smith says. “We want to hold onto Arkane’s core creative values while taking on an open-world game. It’ll still have the rich narrative design accompanying every square inch like we always do.”

The strong storytelling focus is evident in the first image I see of Redfall, Massachusetts. The seabed surrounding this island is dried up, with fishing boats scattered across parched sands leading up to colonial-style buildings. It all delivers the illusion of a thriving society. An eclipsed sun hovers above the city, the result of dark magic cast by vampires so they can freely walk the streets and hunt the living.

Before you investigate Redfall, you select your character. Each has unique stories to tell and approach vampire-killing differently. Layla Ellison is a biomedical engineer who volunteered for a trial and awoke with telekinetic powers. Jacob Boyer is an ex-military sharpshooter who prefers hunting from the shadows. He can summon a spectral raven. Remi de la Rosa assumes the role of combat engineer and is never alone, thanks to her robot friend Bribón. The strangest character is Devinder Crousley, a famous internet personality who has traveled to Redfall to prove vampires are real. He brings Tesla-like weapons of his own design to the war. 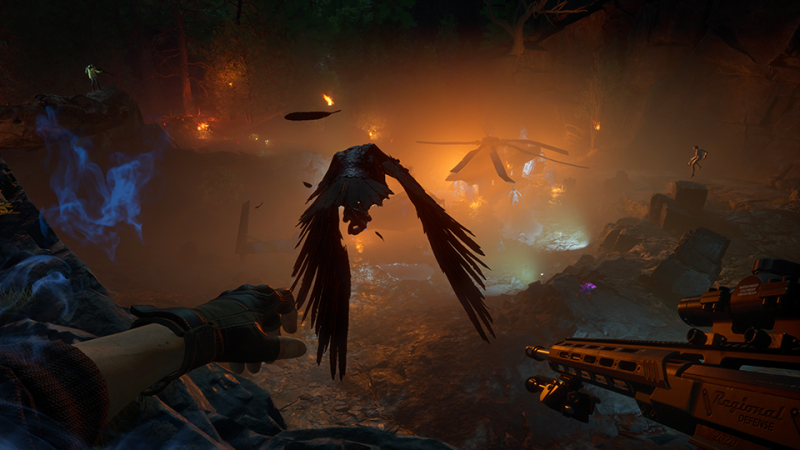 These characters level up, gain new skills, and hunt for better weapons. True to all Arkane’s games, Redfall offers a single-player experience, but, in a first for Arkane, also supports four-player cooperative play. You and your friends can bring all four characters to the fight be the same if that’s how you want to play.

“Let’s imagine you and I select Devinder characters, and we squad up to play together,” Bare says. “By the time we’re 10 hours into the game, my Devinder probably is different than yours. I spent my skill points on different things and wear a firefighter costume.”

Along with completing missions to progress the story, players must take back the city from the vampires. Redfall consists of two huge districts, each housing a variety of neighborhoods, and a player base.

“We deliberately chose community houses,” Smith adds. “The first one is a firehouse.” 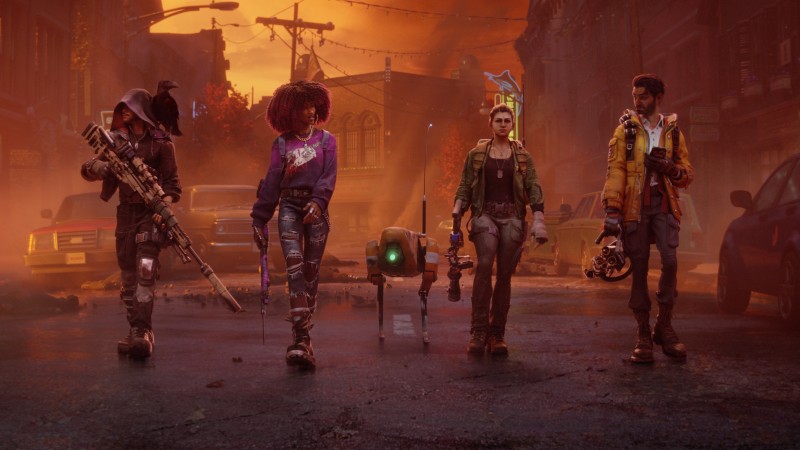 A special mission allows you to liberate a community, making that area a little safer to navigate. Taking territories also brings ramifications, but Smith and Bare wouldn’t reveal what they are.

In various gameplay clips set throughout the city’s streets and buildings, I see what all four characters are capable of and how Redfall’s conflicts encourage varying approaches, such as stealthy sniping from rooftops or alerting enemies to create a cluster for an electrical blast. The vampires are not the romantic variety seen in most fiction but instead products of science. They float, quickly dash your way or out of a hail of fire, and use claws to slash at you. In one clip, I see a tricked-out pink rifle connect with a vampire, sparks flying off its body before exploding in a storm of fire and ash. In another, one character cautiously calls out a “blood bag,” which is a vampire with giant, pulsating sacks of blood on its back. The sacks explode, and the blood scent immediately lures in a vampiric horde. 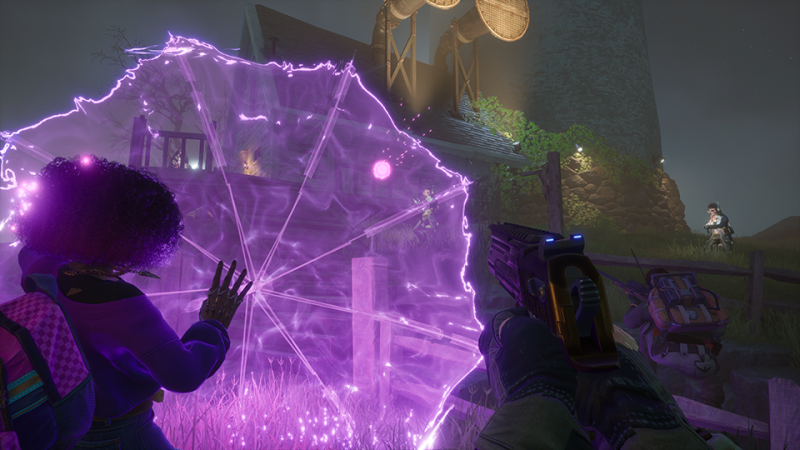 The visual design of the characters and environments is similar to Dishonored’s realistic yet subtly cartoony aesthetic. The themes are dark, yet the world is colorful, even at night. All the characters can run, jump, sneak, and climb, but each also has unique traversal powers. Layla can create an old-school lift to reach higher ground. She can also bring a teammate up. Devinder has a translocate power.

Arkane has a knack for turning genres on their heads and delivering innovative experiences. Redfall’s run-and-gun gameplay looks rote at first glance but quickly takes on a different vibe when the characters give us a taste of their wild abilities.

Redfall is no longer hitting in 2022. Arkane is now aiming for the first half of next year. Despite the uncertainty in date, Smith makes it sound like the team is getting close to the finish line. “We’re very clearly past our launch date,” he says with a laugh. “I don’t know what we can say on this, but we’re moving toward content lock. And after that, it’s just months and months of polish.”

Source: Game Informer Redfall Preview – First Details On How You Take Back The City