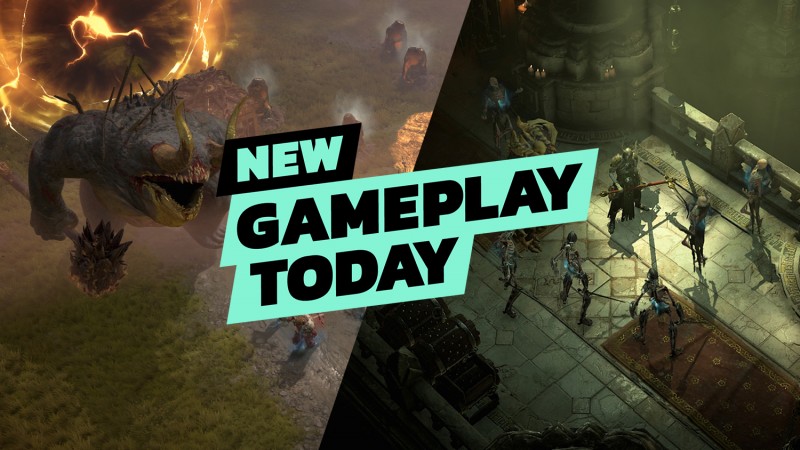 The most recent Xbox and Bethesda Showcase is full of exciting looks at the next 12 months of games. One of those highlights from Microsoft’s latest stream is Diablo IV, the return of the iconic action/RPG fans have been pining for since its announcement in 2019. Join us on this fresh episode of New Gameplay Today as we break down all the new information and dissect this new footage!

Your hosts for this episode are Alex Stadnik, Alex Van Aken, and John “King of Late Night” Carson. Join them as they guide you through three new looks at Blizzard’s return to Sanctuary.

First up, we’re taking a look at the Necromancer. The fifth and final class entering the fray is a fan favorite and packs a mean punch with their command of the undead. The class sees some new features instead of being a carbon copy of past iterations, with a big focus on the Book of the Dead. This ability allows the Necromancer to utilize deeper customization options for their undead minions and pick from an array of new troops to assist them in the loot grind.

Next up, the crew shows off PVP and discusses why they’re loving what they’re seeing from Diablo IV’s multiplayer mode. Players who dive in can wreak havoc on other human-controlled beings, but if they get too powerful, a target gets painted on their backs, and they will be the center of attention until someone puts them in the dirt. If cooperative sounds more appealing than competitive, Diablo IV also has you covered. In the last part of the video, a group of players is taking on a World Boss that isn’t your average foe. What other details can we find in today’s new footage? You’ll have to join us to find out.

If you’re like us, you’re excited about Diablo IV when it arrives next year, but it’s also important to remember what’s going on with the Activision Blizzard lawsuit. Please be sure to read up on the latest developments, including the company’s most recent hires and updates on the Raven Software Union.