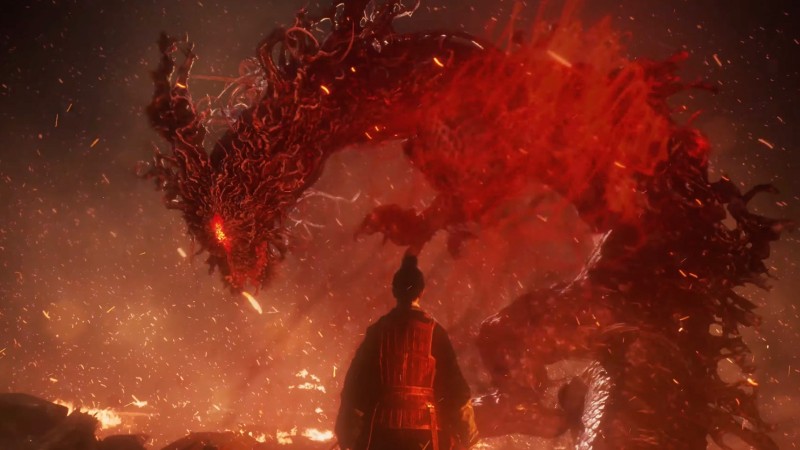 Koei Tecmo Games and Team Ninja have revealed Wo Long: Fallen Dynasty and it’s coming to Xbox consoles and PC next year.

Revealed during today’s Xbox & Bethesda Games Showcase, Wo Long: Fallen Dynasty looks quite similar to Team Ninja’s Nioh series in that it features a ninja-like character fighting against not just humans, but monstrous and demonic monsters, too. The reveal trailer, which you can watch below, doesn’t feature any gameplay but it gave us quite the taste of Fallen Dynasty’s world.

As you can see in the trailer above, the character that appears to be the protagonist of Fallen Dynasty is fighting off barbarian enemies before consuming something that turns them into a massive demon dragon monster that looks terrifying. Here’s what the trailer description for Fallen Dynasty says about the game:

“Wo Long: Fallen Dynasty follows the dramatic, action-packed story of a nameless militia soldier fighting for survival in a dark fantasy version of the Later Han Dynasty where demons plague the Three Kingdoms. Players fight off deadly creatures and enemy soldiers using swordplay based on the Chinese martial arts, attempting to overcome the odds by awakening the true power from within.”

It looks great, albeit a little scary, and fortunately, we don’t have to wait too long to check it out because Wo Long: Fallen Dynasty hits Xbox Series X/S, Xbox One, and PC in early 2023.

For more, read Game Informer’s Nioh review, and then check out our thoughts on Nioh 2 after that.

Are you excited for Wo Long: Fallen Dynasty? Let us know in the comments below!