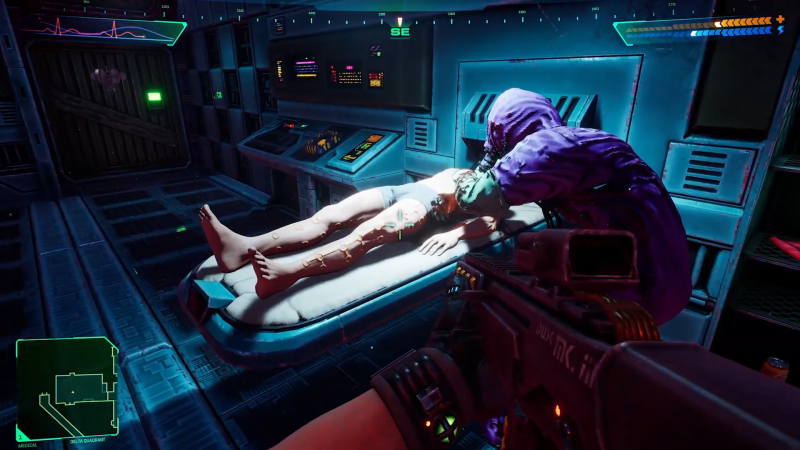 After a long absence, Nightdive Studio’s remake of System Shock made an appearance at the PC Gaming Show, and it’s looking pretty cool. You can watch the trailer below for yourself, along with an interview with series creator and industry luminary Warren Spector.

This new trailer for System Shock gives a great look at the game’s visual style, which toes the line of using modern graphical techniques while paying homage to the low-res look of the original game. More specifically, some of the in-game panels and monitors are intentionally blocky and pixelated, as if they were textures from a 90s first-person shooter. SHODAN, the antagonistic AI who is ever-present in System Shock, is also a prominent feature in the trailer as she talks smack to the player as they explore the Citadel Station.