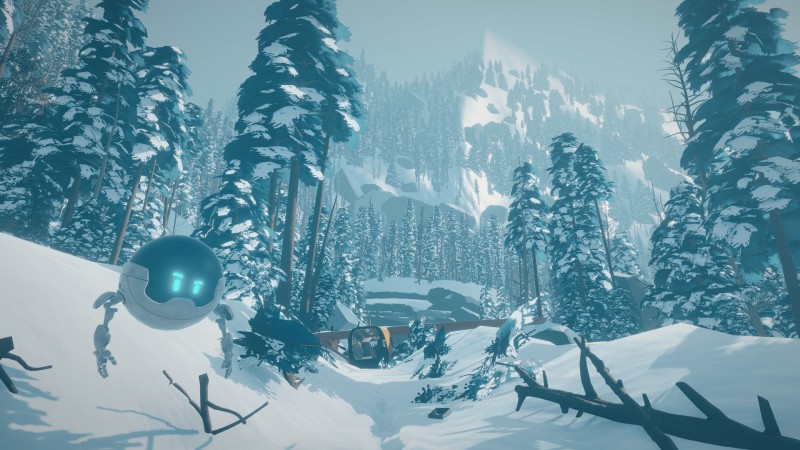 We got a new look today at Arctic Awakening, the upcoming first-person narrative game from GoldFire Studios. Players control Kai, a cargo pilot who was on a relatively routine supply delivery to a small Alaskan town with his partner, when their plane goes down in the middle of nowhere. Donovan, the co-pilot, is lost out in the cold and snowy wastes, and Kai sets out to find him.

As Kai, you must explore the freezing cold wilds, and the environment is a constant threat. The game is set in April of 2062, so there are a few things that are a bit different than one might expect to find in a modern-day setting, including a court-mandated therapy bot that is along with you on your journey. The AI drone has no shortage of pithy commentary to share with you as you navigate the wilderness, but has little in the way of helpful tools or weapons that might aid in your survival efforts.

Beyond the exploration elements, Arctic Awakening focuses on narrative choice, and the way those choices shift the relationships and situations of the characters around you. The decisions you make also affect the way the game ends.

Beyond narrative elements, GoldFire Studios is promising dynamic weather that shifts over time, meaning even areas you’ve visited already may be different when you return to them a second time.

As Kai explores, it becomes increasingly apparent that something more sinister is going on out there in the wilderness. High-tech facilities and mysterious technology is everywhere, providing a sense of mystery tinged with terror.

Arctic Awakening is targeting launch on consoles, PC, and Mac something in 2023. It will be released as a collection of five 60-90 minute chapters for players to take on at their own pace.