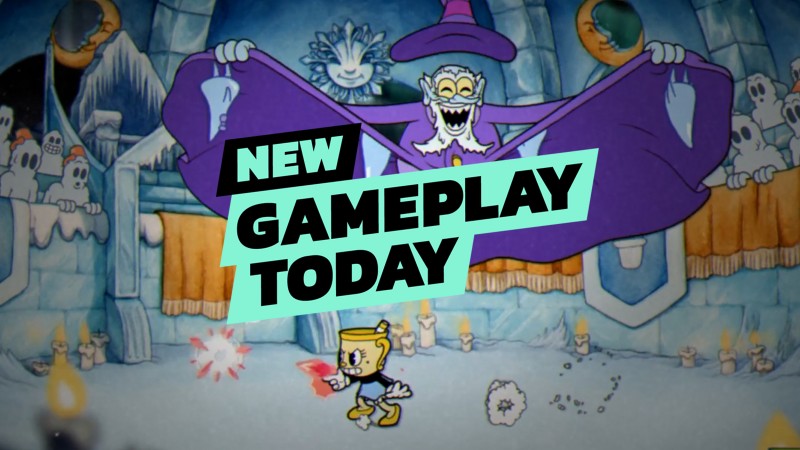 For four years, fans have pined for the return of Cuphead and Mugman, and their patience is about to be paid off. We’re giving you an early hands-off look at Cuphead: The Delicious Last Course on this fresh episode of New Gameplay Today and discussing why players could be in for a treat.

Join your hosts, Alex Stadnik and Wes LeBlanc, as they take you on a tour of developer Studio MDHR’s latest creation. We kick off the fun with a look at Mortimer Freeze, one of the DLC’s latest bosses, and his wild evolving stage. One of the main new things players can look forward to in The Delicious Last Course is evolving multiphase encounters with the game’s colorful cast of villains and a new character to take them out.

Ms. Chalice is the new addition to the dynamic duo of Cuphead and Mugman and instantly differentiates herself from what’s come before her. While not necessarily making the game easier, Ms. Chalice has abilities that can make for a more streamlined experience for those who didn’t quite gel with 2017’s indie darling. Her kit includes a double jump, extra health, and an automatic parry ability when she dodges. There is a catch, though, in that she is activated as a charm and thus doesn’t have access to some of the boosts available to the original characters.

To round the video out, we also discuss the new map, animations, and much more.

If you’re excited about The Delicious Last Course, you don’t have long to wait, as the latest Cuphead DLC releases on June 30 for Xbox One, PS4, PC, and Switch. If you want to stay up to date with 2022’s biggest games and beyond, subscribe to our YouTube page for early looks at Marvel’s Midnight Suns, Fire Emblem Warriors: Three Hopes, and Monster Hunter Rise: Sunbreak