The New Last Of Us Multiplayer Experience Is A Standalone Title 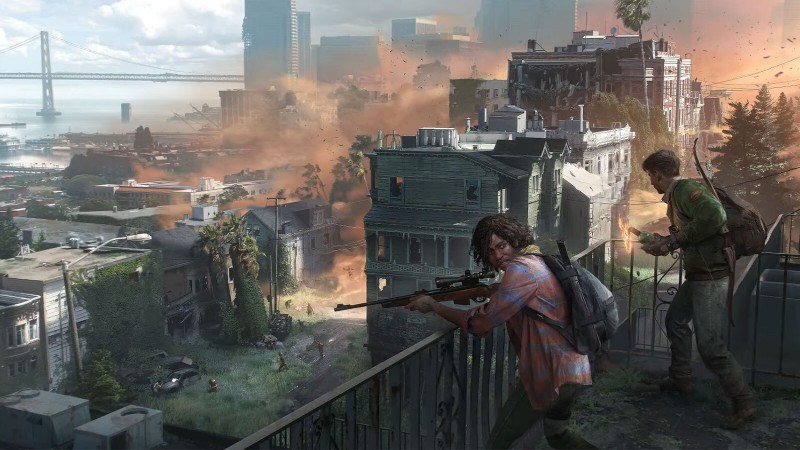 Today’s Summer Game Fest presentation brought several small but important details coming to The Last of Us universe, including some details about what is now a standalone multiplayer title set within the post-apocalyptic setting.

Originally, a multiplayer component was planned for inclusion in the release of The Last of Us Part 2. But before that game released, Naughty Dog opted to cut that portion of the game and instead focus on the campaign. At the time, it was also clear that the multiplayer experience was likely still in the works, and was expanding in scope. Today’s reveal makes clear that expansion has broadened out to be its own full game.

The game has been in the works for roughly two years as of now. It includes a new cast of characters, though many of the tools those characters are using seem to be similar to those we saw in the campaign of The Last of Us Part 2; the characters wield rifles and Molotov cocktails even as chaos unfolds on the overgrown streets below them.

Naughty Dog’s Neil Druckmann was open in admitting that they would not be sharing extensive details on the project at this time, but did share a piece of concept art that showed survivors overlooking what appears to be the city of San Francisco.

We still have something of a wait before we’ll be able to play the game, as Druckmann implied we’d be seeing more of the project sometime next year in 2023.

Earlier today, a leak helped confirm that The Last of Us Remake is on the way, and today’s Summer Game Fest also confirmed that progress is continuing with The Last of Us TV show, starring Bella Ramsey and Pedro Pascal, as well as news that the game’s vocal stars, Ashley Johnson and Troy Baker, would be taking on some meaningful roles in the TV project.

Source: Game Informer The New Last Of Us Multiplayer Experience Is A Standalone Title