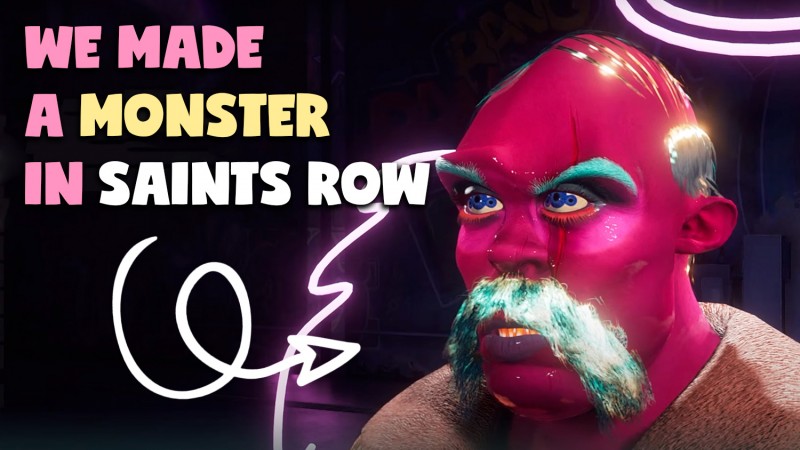 Volition’s upcoming reboot of Saints Row is all about coming up in the crime business in your own way, and that includes the looks and styles displayed on your version of The Boss. In anticipation of Saints Row’s release, you’ll be able to customize your Boss in an extensive character creator called Boss Factory and bring your creation into the final game when it launches on August 23. We got our hands on the Boss Factory early and had some fun concocting our ideal crimelord.

In this edition of New Gameplay Today, your hosts, Alex Stadnik, Jill Grodt, and John Carson, put the Boss Factory through its paces, creating something truly monstrous in the process. We hope you like demonic eyes and the slickest, oiliest skin that only a dip in a vat of olive oil could produce. Everything from skull shaping to gradient hair coloring, limb prosthetics, makeup, and scars are on the table; it’s really an impressive toolset for players to mess with. Because there’s so much to customize, this is an extended NGT, so sit back and enjoy the mayhem you can unleash before even stepping into the dangerous streets of Santo Ileso.

For more on the full breadth of customizations available in Saints Row, including vehicles and weapons, check out our preview on the topic. We also saw a newer build of the game in recent weeks, showing the game’s promising additions since it was delayed in February. Of course, if you haven’t read it already, Issue #340 of Game Informer features Saints Row on the cover, where we dig into an extensive hands-on preview of the title.