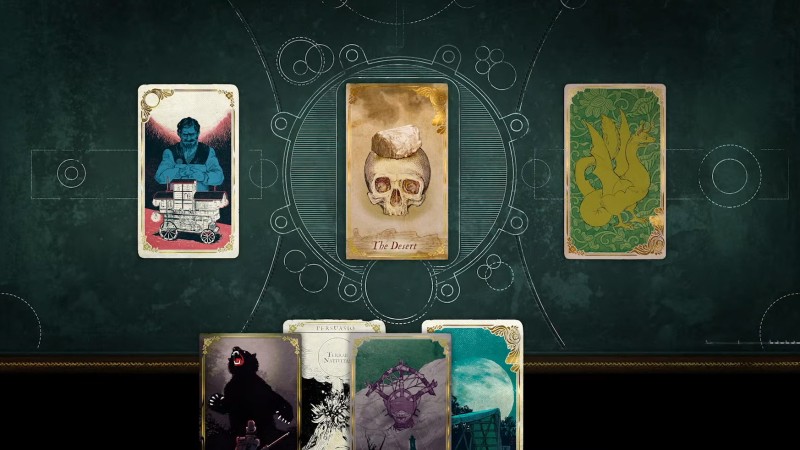 It’s not the first time Geoff Keighley, host of Summer Game Fest Live, has introduced the first-person survival crafting game, Nightingale. He first revealed the title during The Game Awards 2021. But today, he and developer Inflexion Games showed off the studio’s first title with a brand new trailer.

“For this reveal,” explains senior system designer Alexei Pepers in a blog post, “we wanted to pack the trailer with new footage and details for our community to dig into: More giants! Expanded base building! Calculating Automatons! But one new feature we felt needed a little more of a deep dive was the Realm Cards.” These cards give players the power to help craft the game’s procedural world and alter the experience. Check out everything in the video below.

The team further explains the card-based concept for the game on their website.

Cards are the key that unlocks access to brand new types of realms, each with environments, creatures, and discoveries to be explored.

Using Realm Cards lets you apply agency and choice over what kind of realm you’re going to open, allowing you to connect to one that fits your current needs and desires for adventure.

Nightingale is still set to release at the end of this year on PC, but today’s trailer didn’t reveal a specific date.