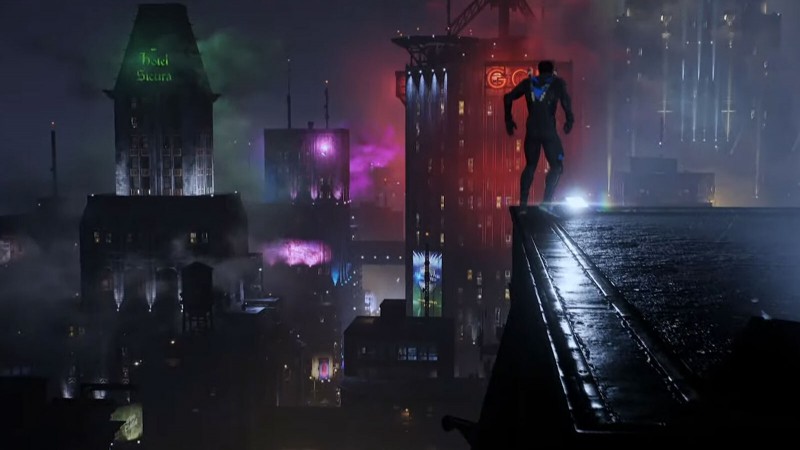 A few weeks ago we got a 13-minute look at Gotham Knights, Warner Bros. Montreal’s Arkham Knight follow-up that is scheduled to release on October 25. This lengthy look showed off traversal, combat, and a brief taste of what we could expect from the upgrade system. At today’s Summer Game Fest, a new trailer debuted, giving us a deeper look at Nightwing’s gameplay.

With Batman supposedly dead, Nightwing, Robin, Batgirl, and Red Hood have banded together to keep Gotham’s streets safe. Nightwing was long an understudy of Batman and also trained as a trapeze artist as a child.  In the new footage, we see both of these influences in his fighting style. He’s brutal at close range, can create distance with his acrobatic flexibility, and has gadgets galore at his disposal.

In most of the gameplay, he’s in his traditional black and blue garb, but we also get a brief look at him in a different ninja-like suit, which you’ll be able to craft by gathering specific components.

Gotham Knights is slated to release on PlayStation and Xbox consoles and also PC. I hope it lives up the Arkham series’ legacy, but also hope the inclusion of cooperative play gives it a new identity that is every bit as enthralling.