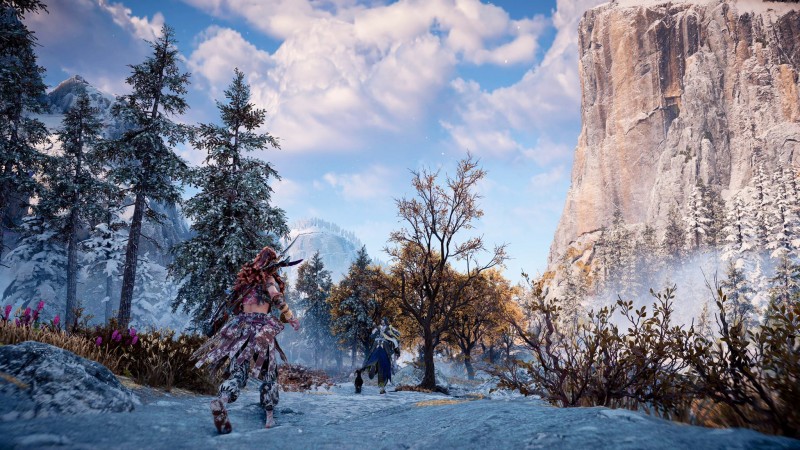 Sony officially announced three TV shows last month – a God of War series at Amazon, a Gran Turismo show, and a Horizon series coming to Netflix – and these three joined the already-in-production Twisted Metal TV series. The latter has received plenty of updates, such as word that Anthony Mackie will star and Will Arnett will voice Sweet Tooth. Details about these other shows, though, have remained unknown.

However, new details about Netflix’s Horizon show have reportedly leaked, including that it will be called Horizon 2074. This news comes from GamesBeat’s Jeff Grubb, as reported by Eurogamer. Grubb said Horizon 2074 will be “split between the timeline you see in the games and the timeline of where things begin to fall.”

He also said the idea is that the series will not be “a reboot or remake or reimagining of the game’s storyline” but will instead “take place parallel and explain other elements that happen,” according to Eurogamer.

If Grubb’s leaked details end up being true – mind you, this show sounds very early in production, so some things could change as well – then it sounds like we’ll be getting a lot of backstory and lore related to the fall of humanity. We might also learn how Earth gets to where it is at the start of Horizon Zero Dawn. Only time will tell for now.

In the meantime, read Game Informer’s Horizon Zero Dawn review and check out our thoughts on Horizon Forbidden West. After that, check out the first look at gameplay for PSVR 2’s Horizon: Call of the Mountain game.

Are you excited about this Horizon TV show? Let us know in the comments below!

Source: Game Informer Netflix’s Horizon TV Show Will Reportedly Be Split Between Game Timeline And The Fall Of Humanity