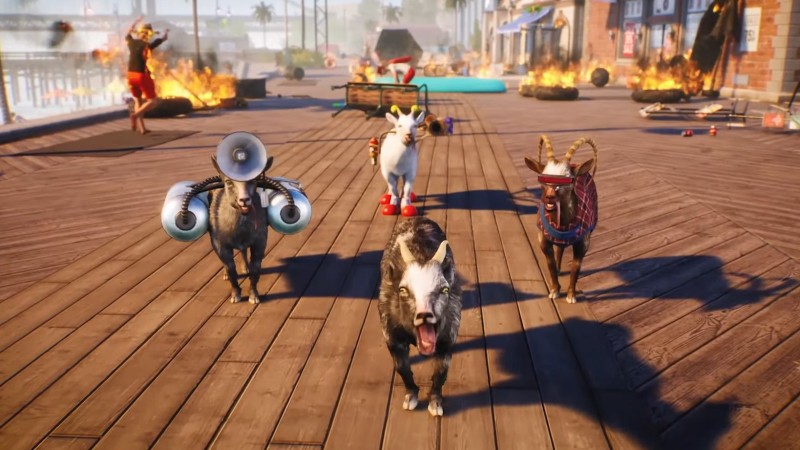 It’s all sunshine and rainbows at the beach until a goat set on destruction decides to ruin everything. That’s exactly what happened in the new Goat Simulator 3 trailer.

Oddly enough, if you’ve kept up with video game news and trailers for years, the Goat Simulator 3 reveal trailer might have seemed highly familiar initially. That’s because it was riffing off of the Dead Island 2 trailer released many years ago. In that trailer, a man attempts to go for a beachside jog with headphones blasting music into his ears, and throughout the run, he’s oblivious to the zombie carnage around him. That’s exactly what happens in this Goat Simulator 3 trailer, except the big carnage-causing reveal isn’t zombies – it’s goats.

Another odd thing about the Goat Simulator 3 trailer is that the last Goat Simulator game was the first one. This means the team is completely skipping over Goat Simulator 2, it seems, which is as chaotic as the series itself.

Goat Simulator 3 is coming to PlayStation and Xbox consoles, and PC, this fall.

Are you excited about Goat Simulator 3? Let us know in the comments below!