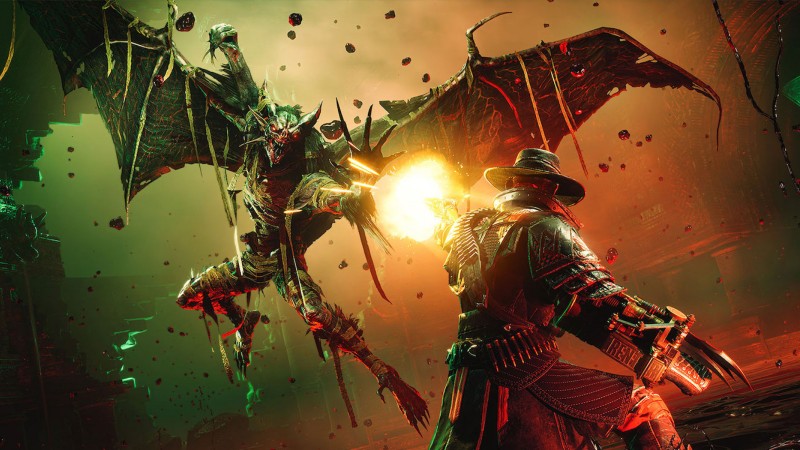 Flying Wild Hog’s Evil West, not to be confused with Weird West from earlier this year, finally has a release date and it’s just a few months away.

More specifically, Flying Wild Hog and publisher Focus Entertainment will release Evil West on Sept. 20. This news comes by way of a fancy new release date reveal trailer that you can watch below. It’s worth watching, too, because it looks great, complete with plenty of turn-of-the-century action, gore, and western antics. Oh, and monstrous vampires – can’t forget about those.

“Jump right into frantic, gory carnage in a vampire-infested Wild West as the trailer introduces gunslinger Rentier on his mission to eradicate the supernatural terror,” a press release reads. “As the star agent in his father’s undercover monster-hunting organization, his fight is also a personal war against the nightmarish leading figures in the vampire world. Take on Jesse’s role as the final line between humanity and the vampire threat, rise up to become a Wild West superhero and save the United States.”

Evil West will feature third-person action gameplay with an arsenal of guns and other weapons. It hits PlayStation 5, Xbox Series X/S, PlayStation 4, Xbox One, and PC on Sept. 20.

For more about Wild West, watch its premiere trailer for The Game Awards 2020 and then check out this gameplay trailer from last year’s Game Awards show.

Are you excited for Evil West? Let us know in the comments below!