Amazon Games has partnered with Disruptive Games, the studio behind Tony Hawk’s Pro Skater 1 + 2 and Diablo II: Resurrected, to create a new intellectual property that will release on a variety of machines. Described by Amazon Games as an online multiplayer action-adventure with cooperative and competitive play, this new experience appears to be set in a post-apocalytpic or post-war world. This observation comes from two pieces of concept art that show crashed airplanes that appear to be heavily weathered. 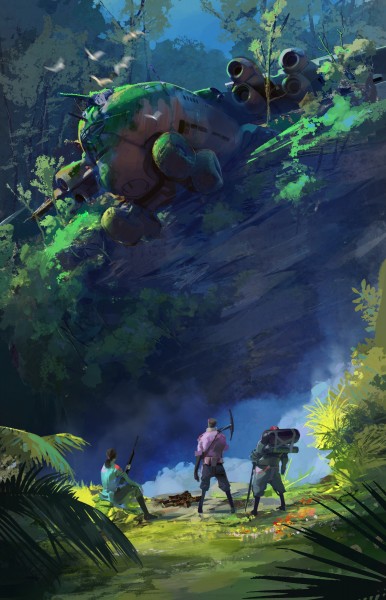 The humans pictured in these artworks hold primitive weapons, such as a rifle with a bayonet. One of the characters appears to have mechanical legs. Several of these beings also wear headsets with tall antenna, likely for cooperative communication.

In a press release, Christoph Hartmann, the vice president of Amazon Games, says we can expect something different from this multiplayer experience. “The talented team at Disruptive Games is creating a fresh take on the multiplayer action-adventure genre, with strong game design and rich world-building that we’re excited to help bring to players.”

On Disruptive’s official website, this new IP is amusingly codenamed “super secret project.” We’ll have to wait for more details, but the usage of concept art with game title implies it’s a long way off.

Source: Game Informer A New Multiplayer-Focused Action/Adventure Is On The Way From Disruptive Games And Amazon Games