Street Fighter 6 Makes A Splash At State Of Play, Coming In 2023 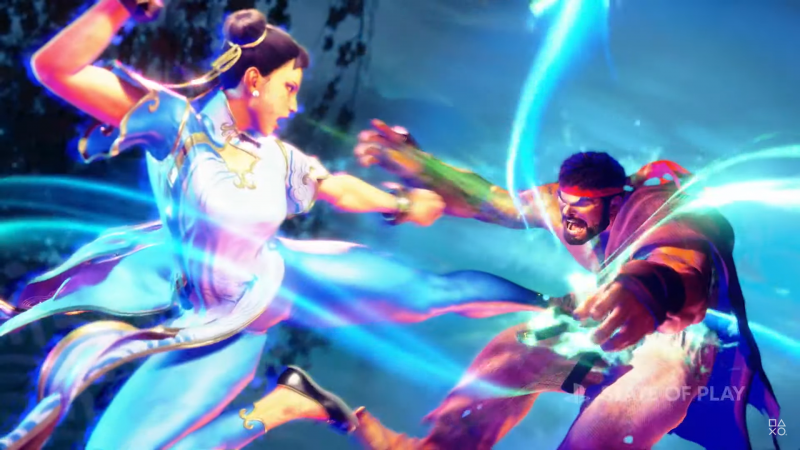 Capcom brought out the big guns for Sony’s State of Play Presentation, first announcing a remake of Resident Evil 4 is coming next year, but Street Fighter 6 is also confirmed for 2023. Not only did the next installment of the legendary fighting game franchise make an appearance, but there was plenty of in-game footage shown, along with a second trailer showing a revolutionary new feature.

First, the footage shown in the State of Play introduced a new single-player mode for SF6 called World Tour, which has players roaming the streets in an open world picking fights with other world warriors. The other is Battle Hub which is where players can throw down in matches online. Capcom states the mode will “further expand the scope of player communication and engagement.”

As for the characters shown, Luke was at the heart of the trailer, displaying his powerful punches in a gym, and he looks to be teaming up with newcomer Jaime who utilizes some form of drunken boxing. Redesigns were shown for Ryu and Chun-Li, both of which are modeled to be a bit older than they were in SF5, with Ryu sporting his new beard and attire. Chun-Li is also seen going toe-to-toe with a woman who is debuting in Street Fighter 6, though her name wasn’t mentioned in the trailer like the others.

Street Fighter 6 has a more realistic and vibrant art style with ink and color splashes emanating from special attacks. Whether those are due to a new mechanic or simply EX moves is unknown at this point, but every character looks to have their own visual flourish. There’s even a hint that tag-team matches may play a part in SF6, with VS screens showing Ryu and Chun-Li together.

Also coming to Street Fighter 6 is a new real-time commentary track that incorporates the voices of popular commentators from the fighting game community. The trailer above shows off the new feature and gives a taste of how it sounds during a match. Jeremy “Vicious” Lopez and Aru can be heard delivering their A.I.-generated calls on the matches in English and Japanese respectively. SF6 will also support subtitles in 13 languages, so you can enjoy whichever commentary track you prefer regardless if you understand it by ear.

Street Fighter 6 is releasing sometime in 2023, and as an added surprise, won’t be a PlayStation and PC exclusive. It’s being developed for PlayStation 5, Xbox Series X/S, PlayStation 4, Xbox One, and PC.