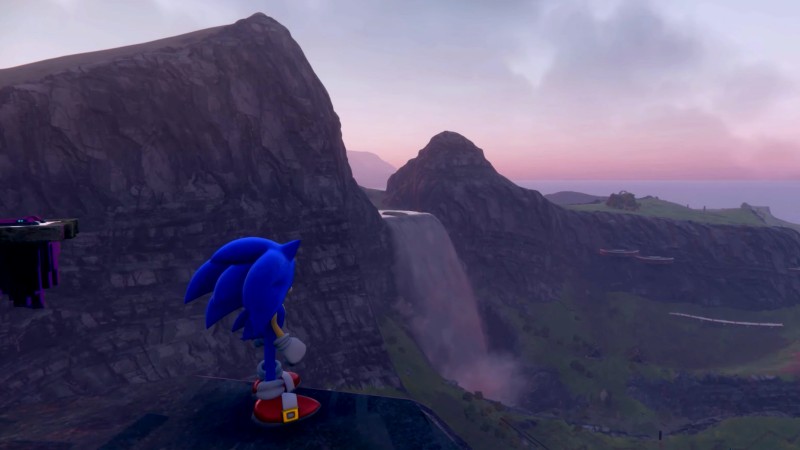 Yesterday, Sega debuted roughly 30 seconds of Sonic Frontiers open-world gameplay and today, you can now watch more than seven minutes of gameplay, courtesy of IGN. It’s basically an extended look at what was showcased yesterday and it looks great.

Right off the bat, it’s beautiful – looking more realistic than any Sonic game before, too – and it’s clear that speed is the name of the game because there’s virtually nothing in the way of stopping the Blue Blur. It’s cliche to say, but it looks like if you see something in the distance, there’s a way for you to speed all the way over there, be it by rail, ramp, on ground, or something else. Take a look for yourself below:

As you can see, running isn’t all that’s in this extended gameplay look. There are plenty of Sonic staples, like on-ground boosts, bumpers, and more. Plus, there are towers that act as platforming challenges, tasking you with reaching the top. Elsewhere, there are simple puzzles to solve that involve stepping on lit switches as well as a speed wheel (think: hamster wheel, or hedgehog wheel, I suppose) that seems to do something to the surrounding area. Maybe it defogs a map, or unlocks new areas to explore. Only time will tell for now.

Unfortunately, we don’t yet have a release date for Sonic Frontiers, but it’s coming sometime this year, so hopefully we don’t have to wait too much longer. While waiting to learn more, check out this trailer from last December, and then check out this other snippet of Sonic Frontiers gameplay that debuted yesterday.

What do you think of this gameplay? Let us know in the comments below!