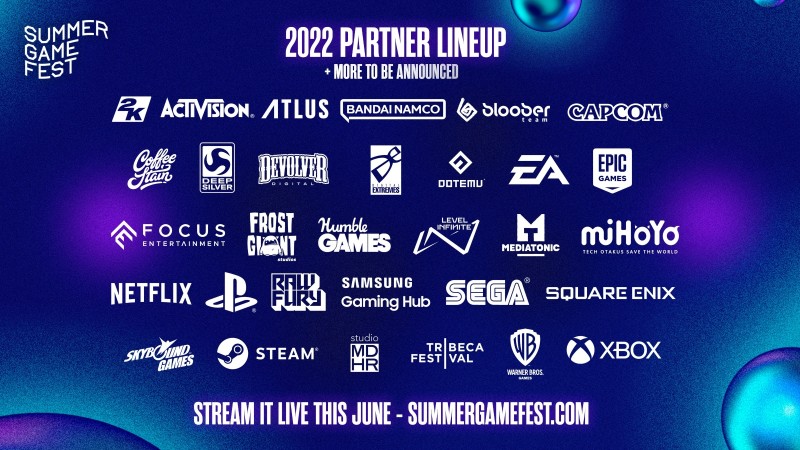 Summer Game Fest kicks off on June 9, and host Geoff Keighley has unveiled the full list of game publishers and studios participating in the event.

This year’s #SummerGameFest will feature events, activities and updates for fans from more than 30 partners, with more to be announced.

It’s going to be a great month for video game fans.

In the tweet posted above, Keighley states that SGF will feature events and updates from over 30 partners, with more to be announced. For now, the line-up includes:

Now that we have a clearer idea of which companies have something to show, the speculation can begin. Will Bloober Team reveal its long-rumored Silent Hill project or its already announced Layers of Fear sequel? Will Dotemu finally spill the beans on a Teenage Mutant Ninja Turtles: Shredder’s Revenge release date? Square Enix has already teased something Final Fantasy VII-related for the event; could it be a Remake 2 reveal? We’ll get all those answers and more next week.

If you want to watch along, be sure to check out our June gaming showcase schedule to keep up on what streams are happening and when.