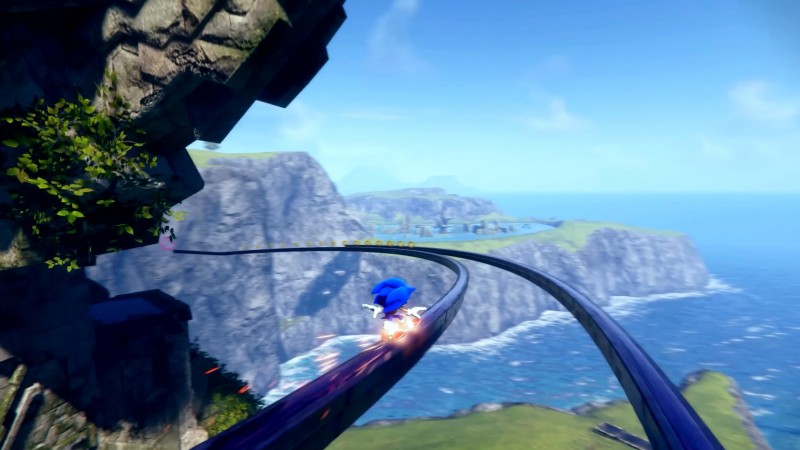 Sonic Frontiers was teased way back in 2019 before it was teased once again in 2021. It was originally supposed to drop last year, but it instead became a 2022 title, with a new trailer debuting at The Game Awards 2021. Now, as we anticipate the Blue Blur’s 3D return sometime this year, Sega has released a new teaser trailer that gives us just a taste of Sonic’s first open-world foray, and it looks awesome.

This new teaser comes by way of the official Sonic the Hedgehog Twitter account, which released the trailer alongside news that Sonic Frontiers is getting the IGN First treatment in June. In fact, according to the tweet, we’ll be getting some world-exclusive reveals very soon, which, if this teaser trailer is anything to go off of, means we’ll probably be getting some extended looks at gameplay in June. For now, the teaser trailer below will have to do:

As you can see in the trailer, there’s a lot going on in just this quick 30-second glimpse. There’s plenty of full-speed, open-world running, lots of rails to grind on, enemies to destroy, and it appears there are even tower-like checkpoints to activate or interact with. I’d wager you have to do this to open up more of the game’s open-world map, but that’s just a guess for now. Hopefully, we will learn more soon.

What do you think of this gameplay teaser? Let us know in the comments below!