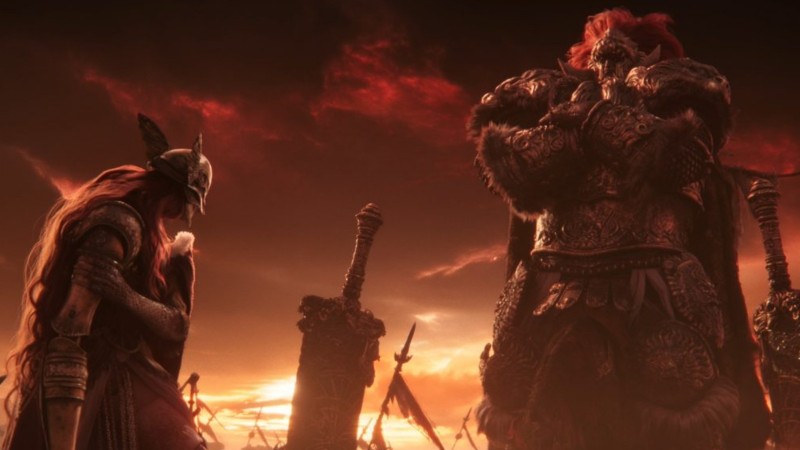 Everyone has that Elden Ring boss they really enjoyed facing off against, even if they kicked your butt over and over again, including the game’s director and From Software CEO Hidetaka Miyazaki.

His favorite boss is Starscourge Radahn, according to a new Xbox Wire Japan blog post, as translated by IGN. As for why, the famed director cites Radahn’s alluring design as a character in The Lands Between as well as the festival surrounding him.

“It’s tough to decide, but I’d have to say Radahn,” Miyazaki said. “As an individual character, he’s really alluring, and I really like the Radahn Festival situation. There’s a literal sense of festivity and exuberance, but also a unique tinge of sadness and loneliness.”

He said when he first brought up the idea of Radahn and his festival, “no one on the team took it seriously,” which is extra funny considering this boss is Miyazaki’s favorite. He added that his next favorite bosses after Radahn are Godrick, the Grafted and Rykard, Lord of Blasphemy. He also said one of his favorite designs out of anything in the game is the 12-fingered Caria Manor hand spiders, because of course (they still give me the heebie-jeebies).

“Spider Hand is one of my favorite designs,” Miyazaki said in the Xbox Wire Japan post. “It’s something you don’t want to even look at because it’s so horrible. I wonder if the way to overcome your issue is to face it head on and beat it.”

I was more of a “oohp, there’s one of those hand spider things so I’m going to turn around now” kind of player.

For more, read about this Elden Ring mod that lets you party up with NPCs and bosses like Malenia and then check out Game Informer’s Elden Ring review to find out why we gave it a 10 out of 10. Check out this composer who covered Elden Ring’s main theme in 15 different styles after that.

What’s your favorite boss in Elden Ring? Let us know in the comments below! Mine is Dragonlord Placidusax because of that one move – you know the one – that’s so pretty.