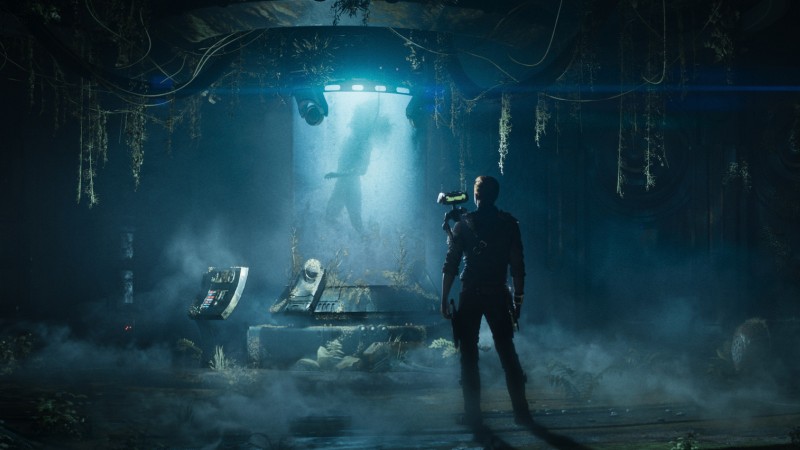 Day two of Star Wars Celebration 2022 brought the first news of new Star Wars video games, and the announcement has been a long time coming. EA and Respawn Entertainment have officially revealed the sequel to Jedi: Fallen Order. This new title will continue the story of force-wielder Cal Kestis in Star Wars Jedi: Survivor.

A brief teaser trailer was shown with the unveiling, which you can watch above. In it, the odds seem stacked against Cal and what may or may not remain of his crew from Fallen Order. Of the known characters, only Kestis and his trusty droid BD-1 make an appearance in the footage, though their cohort Greez’s ship, the Stinger Mantis, is seen from the cockpit, empty and in a bad way in a desert. Other notable characters are the potential antagonist who narrates the trailer and a mysterious person preserved in a tube. No one seems to know who this figure is at the moment (and folks at EA are staying quiet on the subject for now), but their characteristics of what looks to be a fit guy with long silvery floating in a vat of liquid is radiating cool dude energy like Star Wars’ version of Sephiroth or Mega Man X’s Zero. I already can’t wait to find out who it is.

Star Wars Jedi: Survivor takes place five years after the events of Fallen Order, and according to a press release Cal “begins to feel the pressure of being one of the last remaining Jedi in the galaxy.” Along this new journey, he’ll meet new and interesting characters, and the game will expand on the combat system from the original, with Cal learning new ways of tapping into the Force.

Stig Asmussen, the director of Fallen Order, is back at the helm for Survivor. “For Jedi: Survivor, we are working in lockstep with Lucasfilm Games to build on the legacy of Jedi: Fallen Order. We’re leveraging advanced technology to create more dynamic Jedi combat and cinematic storytelling to expand on Cal’s story as he matures and survives during the dark times,” Asmussen says. “We can’t wait to share more about the game with the world later this year.”