The Centennial Case Review – An Unconventional And Alluring Mystery 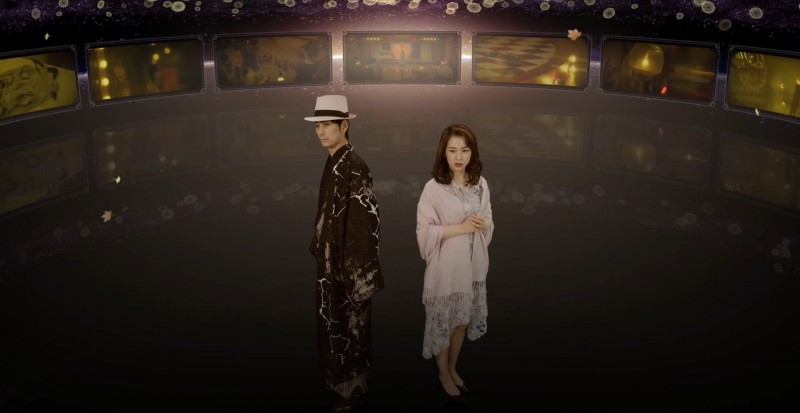 What if there was a way to stop the aging process and only your family knew the secret? How far would you go to protect it? And at what cost? The Centennial Case isn’t your typical murder-mystery adventure game. It goes out of its way to be different, whether it’s swapping you to various murders over the course of 100 years or using live-action footage to make you feel like you’re participating in a movie. The latter evokes a nostalgic feeling of the FMV games of yore, but the advanced tech and heavy focus on deduction create an experience that’s equally gripping and engaging, even if it doesn’t always hit the mark.

The Centennial Case is a narrative-focused adventure centering on the Shijima family, who are connected to a string of suspicious murders over the last century. They also hold a unique item that promises eternal youth. Is it real or a myth? As protagonist and mystery novelist Haruka Kagami, you must discover the truth, connecting various events and murders to uncover the family’s long-kept secrets.

The majority of The Centennial Case plays out in live-action scenes. You watch these more than you interact with any gameplay mechanics, but the story is so engrossing it holds your attention. The high point of the experience is your role as a detective and how you’re constantly wondering how all these pieces fit together in the greater scheme of things. Learning a new clue always gave me something to ponder, and I relished forming my theories based on people’s reactions or conflicting information. Every case has multiple layers; not only are you trying to figure out the culprit and events behind each murder, but you’re always getting a step closer to seeing how every death is connected and if the family actually has the ability to stop aging.

I enjoyed that the cases are set in different time periods, as the story often jumps from the past to the present. This dynamic adds variety and a new flavor to each murder mystery while allowing you to see how it impacted elements in the present day. My favorite case took place at a 1970s nightclub, capturing the extravagance and pressures of showbiz. Every case casts suspicion on every person involved, bringing in a multitude of motives, from jealousy and duty to revenge and anger. Not all the cases are equal, however. Some mysteries felt like they had obvious answers, and the later cases throw in new elements, such as logic and gameplay puzzles, which I wish were present earlier in the game.

Still, it truly is the mystery-solving that makes this game so interesting. After collecting all your clues, you are taken to a 3D hexagonal grid. Here, you select the clues and fit them into potential hypotheses, looking at every possible way events could have unfolded. Sometimes this leads you down false paths that almost try to toy with your certainty. I enjoyed looking at every angle of evidence, from alibis to the placement of items at the crime scene. It only made me more confident in my reasoning and how I wanted to present my case.

The next phase is presenting your theory to the group, which feels akin to an Ace Attorney courtroom, albeit without the wacky antics. You get multiple-choice options to say what you think really happened, and at the end of each case, you receive a score depending on how many mistakes you made. Every person involved tests your reasoning, forcing you to back it up appropriately. I liked the tension here; nothing feels like a safe bet because many possibilities seem feasible.

However, due to how involved the hypothesis period is, you never feel like you’re completely taking a stab in the dark – although sometimes you will be surprised by how the evidence adds up and brings new elements to light. I sometimes went into cases not being entirely certain who the culprit was but being confident in the evidence that was askew, and that brought me to the correct answer. Hints are available if you get really stuck, but I never felt like I needed them.

Unfortunately, the acting is hit-and-miss. Sometimes actors go over the over-the-top with their performances, and you can’t tell if it’s deliberate or not. Part of it feels campy, but there’s some good acting, especially in the more tense and emotional situations. Some people may find it confusing that the same actors appear in all cases playing different roles. For instance, one may be the victim in a case, only to be the culprit in the next. This didn’t bother me, as you clearly know when you’re moving into a different time period. Some people may have a hard time adjusting, though. My only other knock on the game is it gives you dialogue options that don’t influence anything. In fact, in most cases, what you pick delivers the same lines. It’s the illusion of having some role-playing or choice where there isn’t any, which disappointed me.

Not many games are built like The Centennial Case, and I enjoyed the ambition behind trying something different to tell a complex story and involve the player in piecing it together. It gave me the feeling of reading a great mystery novel, where your head is spinning with possibilities, but the interactivity and structure allow you to better understand the clues and what they all mean. Sometimes The Centennial Case stumbles, but it’s worth enduring for the wild ride it puts you on and the broader questions it poses about what’s ethical in the world of science.